The Honor V40 is days away from launch, but there’s still important paperwork to finish. The phone just secured a certification by TUV Rheinland for its wireless charger, which has a listed output power of 50W. 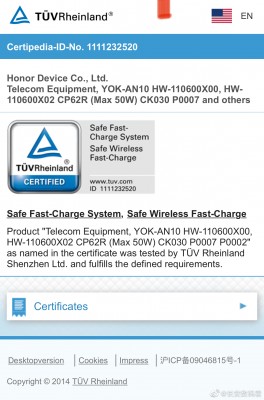 However, the actual peak power may be 45W as seen in the leaked schematic below. Still, it will be one of the fastest wireless chargers around as only a handful of phones can achieve 50W wire-free (all of them flagships). Previously, a wired V40 charger was certified at 66W, so fast battery top ups will be a headline feature for the V40 series when it goes official. 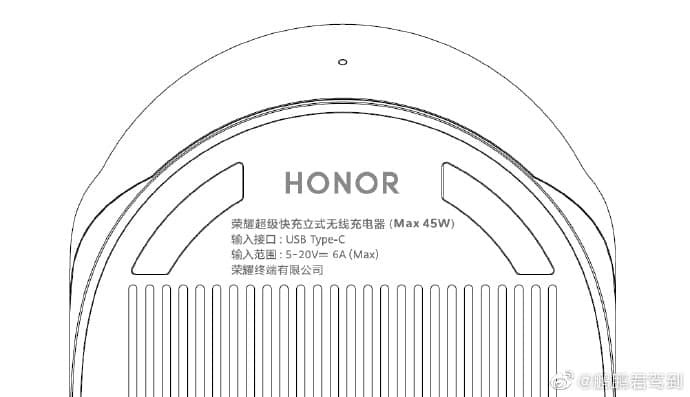 There are three models standing by behind the curtain – the Honor V40, V40 Pro and V40 Pro+. All three of them are up for pre-registration in China. We don’t know the battery capacity of the phones just yet. That we’ll find out on next week unless the rumors of a delayed launch are true, then the phones will go live on January 18 (or thereabouts).

The Honor V40 launch may have been delayed (again), but pre-registrations go live