Commercial 5G services are officially launching in India. The announcement will be part of IMC (India Mobile Congress) and will be made by PM Narendra Modi. 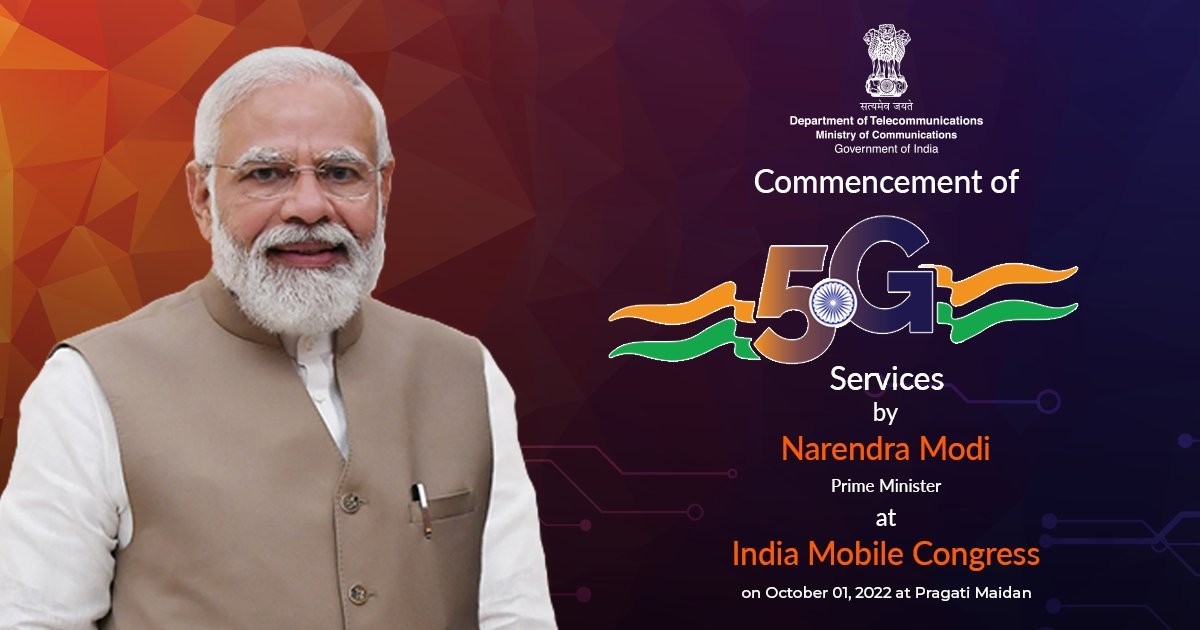 The IMC will span from October 1 to October 4, and the big 5G announcement will take place on October 1. The PM and his announcement will be part of a discussion called "Towards 5G Advanced & 6G," so presumably, a lot will be discussed regarding the future of tech and communication in the country.

Join us for a discussion on "Towards 5G Advanced & 6G" at India Mobile Congress 2022 in Pragati Maidan on October 01 - 04, 2022 to witness the biggest Technology event of Asia.#IMC2022@exploreIMC @ConnectCOAI @DoT_India @iitmadras @TSDSI_India @AmritMahotsav pic.twitter.com/nbHGIY1sOM

This doesn't necessarily mean that users will be able to start using 5G on October 1. It might just take some time still. Reliance Jio has said it is ready with its independent 5G service, the one that relies on new 5G infrastructure instead of existing 4G towers. Users will still probably need to buy a new 5G SIM card, though. Airtel is also expected to launch its 5G services around the same time as Jio, and Vodafone Idea's 5G launch is still a bit uncertain time-wise.

In any case, the timing ties in nicely with India's celebrations of 75 years of independence, which took place in August. We expect to see interesting tie-in 5G launch deals and promos. As a whole, analysts within the country speculate that pricing for the new 5G services will likely be similar and not higher than existing 4G rates. At least initially, that is, as the first goal for carriers will be onboarding new users.