Keyever develops a 3.5" bar Win10 phone with a physical keyboard

A bit of an oddball of a smartphone coming out of China answers a question we haven't heard asked. A company called Keyever has come up with a design for a smartphone with a bar form factor and a physical keyboard that runs Windows 10.

The display on the smartphone is a 3.5-inch AMOLED unit with qHD resolution (540x960px), complete with touch support too. The smartphone is said to be powered by one of Qualcomm's latest 600-series Snapdragons. A generous 3,000mAh battery should be plenty for that display and hardware. 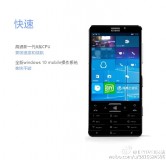 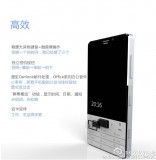 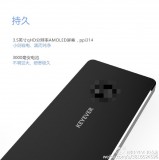 It's the keyboard that is the headline feature here, and it's also one where the engineers remain undecided, the source says. While the phone in the renders sports a numeric keypad, a full QWERTY option is being considered as well. The rear camera setup isn't final either, hence the pixelized back.

Keyever is shooting for a launch later this year, with Q3 being the target. Its intended price is said to be in the whereabouts of CNY 1000 ($155).

I hope this is true as the device sounds brilliant. But who has heard of Keyever? Have they made anything before? Just hope this is real and not just a pipe dream! Android option would be great song side W10 mobile and decent camera unit/camera softw...

You cannot do anything more than that, u know.