A Galaxy Event: how to watch and what to expect (Galaxy A80 and A60)

Samsung will unveil a number of Galaxy A phones tomorrow, on April 10. The Galaxy A90 will likely be the star of the show, though it will go by “Galaxy A80”. The other phone missing from the lineup is the Galaxy A60 and there’s been a fair share of leaks about it too. Here’s what to expect and how to watch the event live.

We’ll start with the event, for those who don’t want spoilers. It begins on Tuesday at 12PM GMT and you can find links to the livestream here (we’ll embed it below as soon as it’s available).

The latest unofficial renders show that the Samsung Galaxy A80 will have a wild design that combines a slider with a rotating camera so that the rear camera camera can flip around to shoot selfie photos. It’s a dual camera (48MP + 8MP, plus maybe a ToF sensor) and this setup leaves the 6.7” AMOLED screen free of notches and holes.

The Galaxy A90 is expected to have a 3,700mAh battery with the same 25W fast charging enjoyed by the Galaxy A70 and the Galaxy S10 5G. 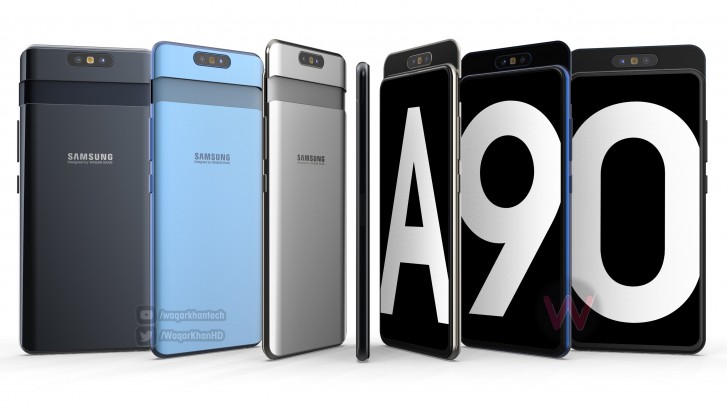 We have a better overview of the Samsung Galaxy A60 specs thanks to TENAA. It will be a smaller phone with a 6.3” AMOLED display and a 32MP selfie camera inside a punch hole. The camera setup on the rear will feature 16MP, 8MP and 5MP modules.

The chipset (likely an Exynos) will have two big CPU cores plus six small ones and will be coupled with 6/8GB of RAM and 64/128GB of storage. The battery on the Galaxy A60 will have 3,410mAh capacity, the fast-charge situation is unclear. 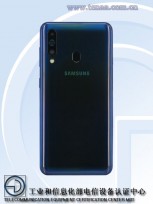 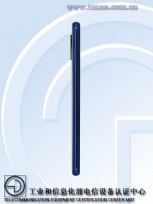 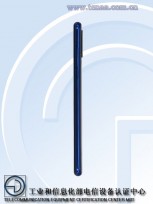 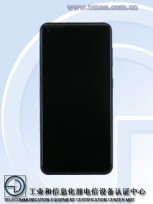 Samsung Galaxy A60 (photos by TENAA)

While the Galaxy A90 will have an in-display fingerprint reader, the A60 will have to settle for a rear-mounted reader (despite early reports to the contrary).

PS. K-pop band Blackpink will be live on stage at the event in Bangkok, Thailand.

Samsung Galaxy A60 full specs are now listed by TENAA

What to expect: Pleasing marketing visuals and phone designs while having underwhelming specs, plastic body, extremely bad camera (yes, they have the worst camera in the midrange segment), super slow "fast" charging and prices higher than the competi...