Google teased the Pixel 5 5G and 4a 5G without revealing much about them. The Pixel 4a 5G will presumably be very similar to the 4G model announced a couple of days ago (with a 5.81” display). CAD-based renders place the Pixel 5 display at 5.78” (this was not officially confirmed, however).

Now Ross Young, who is tapped into companies’ display supply chains, says that Google will be sourcing 6.67” panels from Samsung Display and BOE. This implies a brand new model that Google did not tease.

CAD-based renders of a Pixel 5 XL did surface in early July, however they claimed a 6.12” display. We haven’t heard much about the 5 XL since, so the fate of that model is uncertain. There’s also a Pixel 5a in the works, but there’s no info on its display size yet. 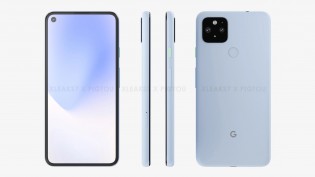 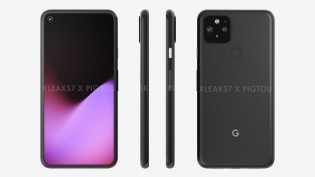 We doubt the phone in question will be an “a” model as this will be Google’s first 120 Hz panel. The company only has two high refresh rate screens in its line-up, the 90 Hz panels mounted on the Pixel 4 and 4 XL.

Speaking of the 4 XL, that one had a 6.3” display (as did the 3 XL), so this new model will be Google’s largest phone by some distance.

Pixel 5 has been announced and the previously leaked “Pixel 5 XL” is the “4a 5G”. This might be the next flagship from Google

Hopefully variable refresh rate. 5XL, 5a or 6? Hopefully not another sony imx363..