360° cameras have become popular in the Android world – some companies released add-ons, others made stand-alone devices. Now Acer has entered the game with an Android-powered camera. The company also unleashed some highly portable mobile computers and a full contingent of Predator gaming gear.

Two LTE-enabled 360° cameras – one for handheld photography and one to use as a dash cam. The Holo360 is particularly interesting because it is powered by a Snapdragon 625 chipset and runs Android 7.1 Nougat. It’s 3” screen is small by today’s standards, however, and there’s no voice call connectivity in case you considered using it as a phone.

The heart of the camera is ImmerVision-certified panomorph optics and a sensor that captures 6.9K stills and 4K video. You can livestream 360° video as well! 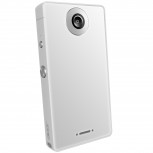 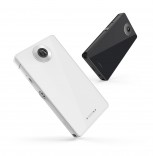 The Acer Vision360 has a built-in GPS receivers and the 4K video is synced with GPS coordinates. The camera can trigger automatically when an accident is detected and video of it will be stored in secure internal storage and can also be uploaded to the cloud.

The automatic accident detection works even when you park your car and leave – as soon as something happens, a notification will be sent to your smartphone and you can watch the video from the cloud.

The Acer Holo360 is coming to North America in November at $430 with a bundled water-resistant case. Europe, Asia and the Middle East are getting it sometime in Q4 for €350. Pricing for the Vision360 has not been unveiled yet.

Boasting an aluminum body and a 15.6” display (1080p IPS), this Chrome OS laptop puts an emphasis on looks. It’s fairly portable – weighing 1.72kg and measuring 18.9mm thick – and offers up to 12 hours of off-grid usage.

The Chrombook 15 is powered by an Intel Celeron (dual-core) or Pentium (quad-core) processor with fanless cooling. These come in configurations with 4GB or 8GB of RAM and 32GB or 64GB of eMMC storage.

On the connectivity side, there’s Wi-Fi ac (2x2 MIMO), two USB-C ports (v3.1 Gen 1) and two old-school USB 3.0 ports, Bluetooth 4.2 and a mic/headset jack. There are also two upward firing speakers if you want to listen to music that way. The keyboard is backlit too, by the way.

The Acer Switch 7 Black Edition is advertised as the world’s first fanless 2-in-1 with discrete graphics – GeForce MX150 specifically. The GPU and an 8th gen Intel Core i7 are cooled with the new Dual LiquidLoop tech.

This device has a 13.5” IPS display (2,256 x 1,504 resolution) and weighs just 1.15kg (with the keyboard detached). The screen features Wacom EMR tech with 4,096 levels of pressure sensitivity and comes with an embedded stylus.

Acer Swift 7 is now available for purchase in US

I didn't know the MX brand was still used.

Indeed,,a couple of USB C ports is all that i would look for in a Notebook!!

Those people can get a nice USB adapter. Also the people who still use DVDs can get a USB adapter... really, they should stop putting optical drives on laptops.