Acer unveils a slew of laptops, Predator 21 X with a curved screen steals the show

Acer held its IFA 2016 press event today and one of the main focuses were the company's new Windows 10 notebooks. The most interesting one is the Predator 21 X with a curved display aimed at the serious, on-the-go games. 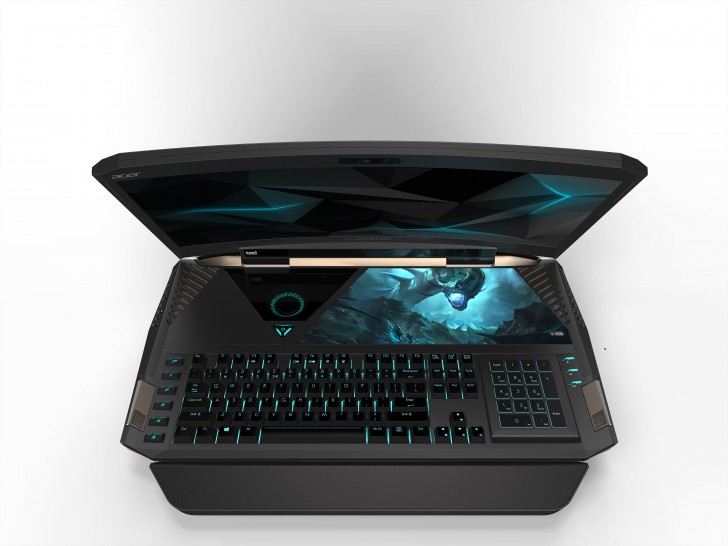 Then, there are the Acer Swift 7 and Spin 7, which are thin and light.

There's no going away from the fact that the Predator 21 X is a beast. It's the first gaming laptop to sport a 21" curved display and its dual Nvidia GeForce GTX 1080 GPUs support the awesome G-Sync technology. The CPU options include the latest 7th-gen Intel Core K-series. The resolution of the IPS display is 2560 x 1080.

Inside this beast is space for up to 64GB of DD4 RAM and four terabytes of SSD storage. As you'd imagine, this machine isn't light, as it weighs 8kg. 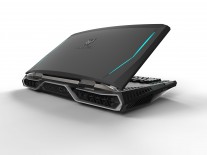 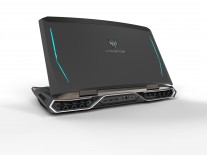 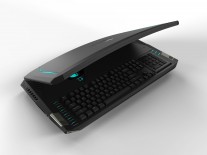 The Acer Predator 21 X is an impressive piece of tech

That's because it also sports Tobii eye-tracking, LED RGB mechanical keyboard with CherryMX switches and a SoundPound2+ sound system (4 speakers and 2 subwoofers). The list of cool features goes on with a numpad that flips over to become a touchpad, a large window that shows off some of the five cooling fans in total.

Each Predator 21 X will be made to order and shipping starts in January, 2017. Pricing is yet to be detailed. Meanwhile, you can check out the awesome promo video of the laptop.

The Acer Swift 7 is on the other end of the laptop spectrum touting a lightweight body - 1.12kg and a thin profile at a mere 0.99cm. 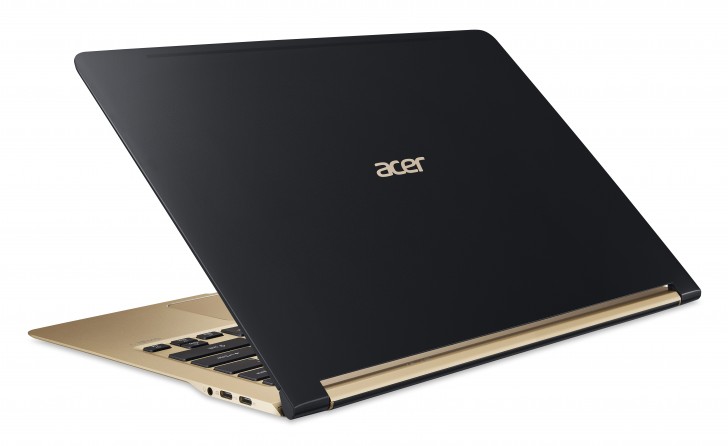 The Swift 7 sports a 13.3" IPS2, Gorilla Glass display with micro-bezel design and a 1080p resolution. Acer says the notebook's battery can last up to 9 hours on a single charge.

Under the hood, you get a 7th-gen Intel Core i5 processor, up to 8GB of RAM and 256GB SSD. There are also two USB 3.1 Type-C ports and a headphone jack.

The Acer Spin 7 is also thin and light, but not as much as the Swift 7. Acer advertises it as "thinner than a standard DVD case" at 1.09cm thick. The weight of the notebook is 1.17kg. 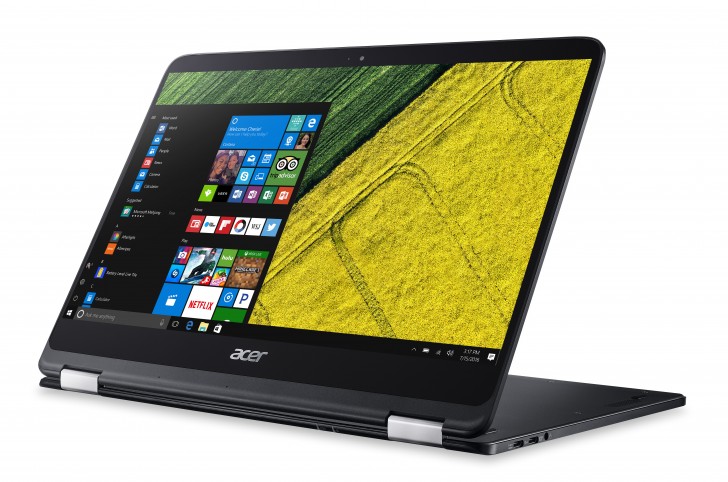 Inside the all-aluminum unibody, the Spin 7 houses a 14-inch 1080p IPS touch display with Gorilla Glass on top for protection. The display can be flipped to become a tablet, giving you more versatility.

Man the X21 is still insane laptop even it cost as much as brand new car.

The number pad doubles as a a track pad once you flip it over. Makes sense because you will get a proper gaming mouse when you are going hard but if you chilling you can just flip over the num pad and go about your normal pc experience