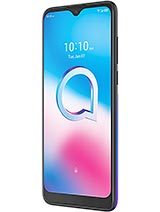 Alcatel 1s 2020 or LG K42?
I saw some review saying that Alcatel 1s 2020 is better choice than LG K42 considering the money you spend on it plus specifications.

Anonymous, 20 Jun 2020Most phones don't let you use SD Cards as internal storage.... moreIndeed, the missing internal storage and the fact that they have disabled the option to expand internal memory with a microsd, makes it almost useless.
32 GB is barely enough to install apps and there's no way of moving them.
Unless there's a custom rom coming, it is basically landfill.

I am currently using Huawei P8 Lite & was performing well on Microsoft apps so my worry was space as for my conpany apps therefore I came across this Alc 1s & interested to buy it tommorow do you guys think will perform?

Using it for 3 months now, awesome phone for this prize. Camera is minimal, but OS and internet works perfect, battery keep it up for at least 2 days. Fingerprint sensor works fine, no issues there and it's fast (up to 5 fp) same goes to GPS sensor. GooglePlay certified and OS updated already 2wice by Alcatel (security updates). If you are looking for a cheap functional phone with And10, go ahead you won't be let down. Cheers!

I used many cheap phones in the past, but this one is the worst of them all. Camera is really bad. Specs says this phone has 3GB of RAM, well if it drops to 1GB available RAM the phone is useless. Fingerprint scanner is a disaster, can't unlock my phone or log into banking app even with dry hands. Only pros of this phone are huge battery and NFC. I used to say old and cheap Samsung phones are bad but this Alcatel is a complete nightmare.

5V do have a decent quality display, which was quite a surprise at this price. JOY UI overlay over Android seems decent to me. The phone looks very premium which is ultra rare in this price segment. The Mediatek Helios P22 get daily jobs done and is every power efficient. P22 uses same TSMC 12nm fabrication process that of Helios G90T, which is a big plus. Coupled with a 4000mAh battery provides stellar battery backup.

A few fun facts I discovered:

Complicated, but we are actually buying Chinese phones with a French brand logo. This does not mean the phone is bad in any way.

I bought one to replace my Alcayel Idol 3. Except for the battery, the Idol 3 is way better.
Really bad sound quality, the screen doesn´t block during calls, you can block it yourself, but when you unblock it it goes to the main menu instead off call menu. Also it turns off and restart sometimes and you don´t get it until you need to use it, so you´ll miss a lot of calls.
The battery will survive for a day+ even with heavy use.

Camera is Good, tho videos looks not that nice.

I mean everything about this phone is Really Good except the build quality and the 2,5 d glass screen so put a screen protector on this phone!

bought this phone in ireland and works well

The touch screen is sometimes unresponsive and feels rough - not as smooth as my Moto E6 plus. The backlight is dull, even on full settings, and in comparison to my Moto E6 plus screen - which is vibrant and bright, and it isn't even on full settings. The Alcatel is sometimes laggy. The speaker is awful. The camera is good.
One last thing - the ridiculous key thing that is required to take out the sim/memory drawer, which is on the side the phone. So, you will need to take it with you wherever you plan on going, and if you plan on accessing the sim/memorycard port, without it, you wont be able to gain access to it! Score 2/5

I want buy this phone. ¿Compatible Band 28 with Claro and Tigo? I am from Colombia.

kweku, 02 Jul 2020i experience freezing unexpectedly, a lot and then the phon... moreIn fact I bought mine two days ago. It will not freeze or lag, but all of a sudden restarts on itself and very annoying. I factory reset it and have not experienced it for hours now, hope it works.

Alcatel finally made a decent smartphone. Nice performance and cheap.

Very nice set in entry level category. Got one for my brother he is very happy from this phone. Very good battery backup, camera is average, one drawback is doesn't have type-c port. Close competitor is Redmi 9A.