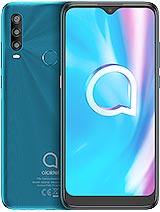 Its good but have the problem with google maps for directions and also for qibla direction. I think magnetic sensor is not available.

Does any body know what type of glass screen this phone has? I put a tempered glass screen protection on my Alcatel 1SE 2020. It feel on the floor screen down, the screen cracked a lot and the outer glass protection did not have one crack. That must mean that the screen is very fragile.

Well, you need to adjust your expectations for this one. One of my family members got this phone for free and it's not too bad for what it is. It's not here to compete with more expensive phones by any means, but for someone that will use it for a bit of internet browse, some Youtube and basic messaging apps it's more than enough. I did not really test if you can play some games on it, but some basic ones will run I guess. Camera is just average, but considering that this phone was free it's good enough, don't expect any miracles. So yeah, it's a good phone for a casual user, but if you want to play games or take high quality pictures, just take a look elsewhere.

Phone is 5/10 in general, cheap and works ok, however, this phone has very bad camera, not only it's not capable to be smooth, it also has nowhere near 13 mp (photos are blurry in perfect light).

If you need phone with solid camera, i do not recommend this.

Dan, 24 Dec 2020Poco M3 beats everything in this price range though, even X... morePoco in my country has almost the half price up instead the 1se.

Anonymous, 01 Dec 2020What is poco, is it a phone or what? Never heard of it it is a smartphone by xiaomi called poco m3

Anonymous, 01 Dec 2020spend a little bit more and you can get the poco m3 which h... morebut the price is too far bro.

Dan, 02 Jan 2021I've tried nova launcher on Redmi 9 and it works well.... morenova launcher is not that hard to run, im sure the poco would be just fine

Dan, 01 Jan 2021Yup, animation lag in MIUI 12 is pretty bad. You can turn o... morewell, to be fair it is running a pretty big OS on low performance hardware so i guess we can kinda excuse it, but then how would it handle like other launchers?

AnonD-973296, 30 Dec 2020yeah but the only thing holding it back is its OS.Yup, animation lag in MIUI 12 is pretty bad. You can turn off animation though, or flash a custom ROM.

Dan, 24 Dec 2020Poco M3 beats everything in this price range though, even X... moreyeah but the only thing holding it back is its OS.

Anonymous, 01 Dec 2020spend a little bit more and you can get the poco m3 which h... morePoco M3 beats everything in this price range though, even Xiaomi's own Redmi 9.

Looks like a decent deal to me, especially for users who don't get Xiaomi/realme phones in their country, and don't want to import one.

Alexander, 02 Dec 2020According to Alcatel, what could motivate me to buy this ph... more128 gb rom
4gb ram
3 cameras
price
I think is very reasonable