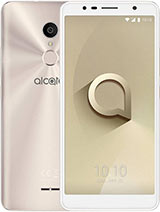 I bought this Alcatel 3c last February, it began to act up last month, unexpectedly, it turns off by itself ,screen can't be unlocked, the apps freeze and I simply can't restart it, the Bluetooth turns on by itself every moment I am using my data connection . I have reached the conclusion that the phone is way too old and it was a waste of $

I absolutely hate this phone - it freezes and throws you out of apps constantly. I have the alcatel 3 for business use and that's a brilliant phone so stupidly thought the 3c would be just as good... how wrong was I??

AVOID! Worse phone I have ever had, for £120 I paid I should have gotten a second hand phone as this is pants. Freezes constantly, apps do not respond. The customer service numbers DO NO CONNECT, the online updates lad error pages. POOP

I have one of these phone for month now and i've gotten several missed calls because the phone isn't ringing out loudly. The ringer volume is always at 100% but doesn't ring out loud. only if you are getting a WhatsApp call.
Furthermore, its not 16GB storage but 10GB. What happen to the remaining 6GB?

Franky, 25 Dec 2018The worst smartphone ever created on earth! I wouldn't reco... moreAbsolute rubbish! For the money this is a fantastic phone. What do you expect, the earth? It's exceptional value for money with a great screen and many more features than I would expect from a budget phone. At the end of the day you get what you pay for. If you are unhappy with the spec I suggest you should have thought about that before buying it. Most high spec modern smartphones cost hundreds so I think you are living on cloud nine. You get what you pay for and with this phone you are actually getting far bang for your buck then other budget phones of similar price/value. It does what it say on the tin and much more in my opinion. I've had mine for ages, never given me a moment of trouble, even when I dropped it in the bath! You will be very hard pressed to get value like this from a well known brand. Trust me - I know what I'm talking about. I review phones for a living. And before you ask, no I don't work for Alcatel and I don't get paid more if I leave a good review. If your phone has glitches then take it back. Even the best phones can have major glitches, which if not put right will be there forever.

Franky, 25 Dec 2018The worst smartphone ever created on earth! I wouldn't reco... moreAgree

Franky, 25 Dec 2018The worst smartphone ever created on earth! I wouldn't reco... moreI was sort of expecting that for a phone with just 1GB RAM to be honest.

The worst smartphone ever created on earth! I wouldn't recommend it to anyone. Not even dead!
Practically this phone is a mockery, not even a week since I bought it and I had so many problems. Thinking it was momentary, but in less than three months it got worse. I can't install anything, It reset the sd memory card, I can't keep video, take pictures and the most absurd thing of all... Chrome takes me 5GB.
I say, but from what world is it that Chrome takes such an amount of memory without a logical sense...!?
Which then should have a total of 16GB, so why do I find a total of 10?
We are practically in 2019 and there are still problems like these, no comments.

Good phone ,
I use it now and it's not slow and I installed all my apps .
No prob

very good device, it is quick enough for his price

Worst mobile phone I ever used, too slow, freezes all the time, the camera is worst than a 10 year old phone like a 2008 Blackberry bold 9000/Nokia N96, even to make or end a phone call or just to search a contact will take its time, for the price you be 10 times better buying a BQ U Lite. Waste of Money buying this phone.

Anonymous, 07 Jun 2018Apparently it's a good phone, but in Mexico, Telcel sells a... moreThis is the worst phone I have ever owned in my life ,this should not be on the market all it takes hours to charge it doesn't keep battery for long when you talk the volume people hardy hear you

djjoeChelin, 02 Jun 2018I really want this phone. In Mexico Telcel carrier is selli... moreApparently it's a good phone, but in Mexico, Telcel sells a not compatible version with LTE, so, I would think it twice before buy it.

I really want this phone. In Mexico Telcel carrier is selling this phone at a great price of $140, the reason I like this phone is because it has same body as the alcatel 3v but is less expensive, but both have same bezel less design that looks modern for 2018.

A not so smart smartphone thats being currently flogged to death on a UK not so 'ideal' shopping channel by a multitude of presenters....oh dear...must be hard to move this one!
Yep, I like a cheap Android, so I got me a Doogee! Looking at the next Doogee to upgrade that has double ram and 4 times internal memory of this Alcatel 3c....for a tenner more....hmmm!

this phone some how uses data even when the data is turned off and also when the wifi is turned off - how i dont know, cannot even reset it when i turn it back on it just comes up with google speak option and cannot get rid of it, also slow to respond when using touch screen
dont buy this phone