Exactly as rumored, T-Mobile has made the Alcatel OneTouch Fierce XL with Windows available for purchase today. The phone didn't even get an announcement press release, but if you're interested in picking one up you can already do so from the magenta carrier's website.

This version of the Fierce XL runs Windows 10 Mobile, being indeed the first Alcatel device to do so. It can be yours for $139.99 upfront. Or you can go with T-Mobile's famous installment plan, in which case you shell out $0 initially, then followed by 24 monthly payments of $5.84. 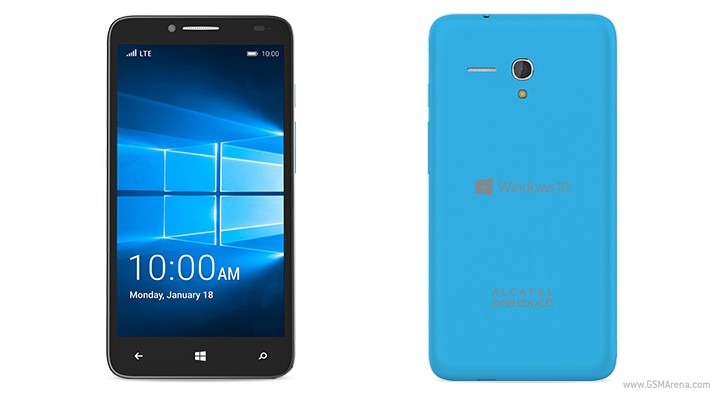 You obviously don't get high-end specs for that amount of cash. The Fierce XL boasts a 5.5-inch 720p touchscreen, an 8 MP main camera with LED flash, a 2 MP secondary snapper, the Qualcomm Snapdragon 210 SoC (with a 1.1 GHz quad-core Cortex-A7 CPU), 2GB of RAM, 16GB of expandable storage, LTE, and a 2,500 mAh battery.

The phone appears to only be available in the color version you can see above, with a black front and a bright blue back.

Windows phone is the best.

Its the upcoming Lumia 650 but made of plastic instead of metal pretty much....... Guess that where the 650's extra 60 bucks comes from

I love the design of this phone.