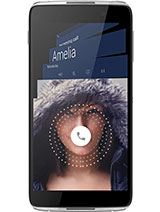 Using this phone since release, it's not bad at all, although the audio jack became useless very early on. To be fair, I worked a lot of dirty jobs when this happened so all the dirt could've been the reason. Battery became noticeably shorter about two years in.
Dual speakers have great quality but will pop/crackle if the sound is too loud for them.

Against
Free plastic screen cover not the best quality, will buy new
Android 6 (works fine) but some may want/need more recent OS

I used this phone for a few weeks because my 6S broke and was sent to Apple to get fixed. The good:
-Nice build quality
-Good daylight camera
-Nice and crisp FHD display
-Dual speakers are always a plus
-Notification lights are nice too
The BAD:
-Phone is paired with an extremely slow and power-hungry processor.
-Battery life leaves a lot to be desired
-Phone gets so hot that it probably could melt crayons
-The camera is awful in low lit environments

Would I recommend this phone? No. You can get the idol 4S which isn't even that more expensive and is a much better phone.

Caution phone has a cool glass back that cracks very easily.....otherwise very good for a baseline phone. Good sound, very crisp display for watching HD. Reasonably quick processor. Battery is bigger than most and lasts accordingly. Beats the base samsung offerings easily.

Elaine1214, 29 Jan 2018I'm currently holding the phone in my hand and I couldn't a... moreA piece of junk , useless , if you want to learn magic , just figure how things vanish on this phone , it's basically useless for me . I'm glad I just bought it for WIFI and pictures , and it don't support Nikon Apps or Canon.

i bought the idol 4 in feburary and i really loved it i was excited for a new phone however day two of havin it the phonee would get very very hot and it would go from 100 percent charge to 60 in a matter of minutes and its very slippery, all glass so it was a very pretty phone but still it really didn't workit glitched it would restart of its own and it would have black out periods where it was absolutely useless and would go blank it was a lot i wanted a new phone after a month now it was much more durable then the idol3 which got one hairline fracture and stopped working all in all , but the idol for took a beating my son threw it multiple times, and it was pretty cracked in the speaker area and finally cracked the screen same small hair line fracture as the idol 3 not a big crack at all just one little one and the phone pretty much became useless..... i need a phone that can take a beating and have crack all over and still function i will nor=t purchase any more acatel phones ever again

AnonD-702642, 23 Sep 2017If you are on the market for a phone, steer clear of the Al... moreExtreme overheating problems ,similar annoying black screen glitches

Bought it on November, 2016 and am impressed again after years :))

I wish it had = AMOLED display, Fingerprint & >= 3200 mAh battery, would have been the master killer phone!

Love the phone. It's a must to install TWRP custom recovery and debloat. I got the rom from 4gb down to 1gb and it runs like a champ. Lineage OS will be out for it soon. Cricket 6055U model here

this phone is great. l love it.

AnonD-731511, 17 Jan 2018I normally don't lose my time on reviewing stuff. But I fel... moreYou are SO right!!! I detested my Alcatel phone as well!!! I was paying for the insurance too. Mine froze up on me,I brought it back to PCS. They said that they would only cover 25% cost of damage and that it would take 2 weeks to replace. No Biggie,I know that it is a cheap phone... I asked the guy that since I paid for the phone,do I own it? He said yes so I twisted it in half,destroying it. His remark was "That was BRUTAL dude" LOL.

To call this phone useless, would be an insult to everything useless!!! Camera is slow and the settings change all the time. Memory is way to small for its own programs; 75% full with no music, photos or videos in the phone. Takes almost 2 minutes to open from off. Drops calls, freezes on all applications. Updates change settings all the time. Have never been able to block the phone from sending out data when it wants to even though I don't have a data plan so my repugnant phone company (Virgin) keeps charging me. Don't call it garbage... garbage can be useful. Looking forward to using a real phone to do a slow-mo video of a baseball bat shatering this fake phone. Never, ever buy Alcatel.

My husband bought me the Alcatel idol 4 and as usual I was excited because it is a new phone but after two days, literally, I knew the phone is useless. Let me break it down.
PROS:
Good camera
Charge quickly
CONS:
Dies quickly
Freezes all the time. I have to restart multiple times and you can't easily open the back of the case to remove and put the battery back
Did I mention it freezes all the time
SO MANY ADS: I MEAN WHO PUT AN ADS ON A CALCULATOR APP
I give it 2/15