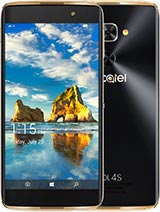 FREDY GM, 21 Jan 2020hi, my phone is not working in watsp and facebook app w... moreMicrosoft dropped support for windows phones , So you can no longer get whatsapp or facebook to work on this platform anymore.

I have officially retired this phone as of now. Nothing against it just found something better. RIP good sir! Thank you for your services.

I have been using this phone as my daily driver. While I do not recommend anyone go out and well, get a Windows Phone as it’s about to be ended next year, this phone surprising rocks! Mind you my first comparison was based off working with an iPhone 8, a Samsung Galaxy S7, and a BlackBerry Z30 And Passport. My expectations were high from every angle. Surpassingly I got used to the AI4S! Battery is pretty Rockin. Screen is very bright and vibrant! The feel of the phone feels classy. Email Skype Text Calls And the Browser are my main go to apps. Music player is basic and has no EQ.. music sounds good though. Camera while 21MP pictures are basic camera phone quality. I really dig this phone!

I’ll be honest I was impressed with the storage and it’s design, I was disappointed with how laggy the phone was. Not very optimized at all! Unfortunately I got it when all the apps were removed by Windows agh!

Very good for $65 as I see the prices on my left side in ....But how to get it !?How lucky a person can be to make whole family the happiest.Justice Rights hopes everyone everywhere worldwide be happiest with the best opportunities including gsmArena.Thanks.

Static, 13 Mar 2018Please does the T-Mobile version function with a gsm sim ca... moreIt is GSM. I have not tried the AT&T GSM card I have. Be careful of buying from luckywire, I ended up with screen burn in. They did offer a discount when I complained.

I have broken my into pieces by smashing it with full force on the road and squashing it with my boot.
At first, I was happy, finding out finally a phone I wanted after years of waiting for WP flagship. I loved it.
But then Microsoft update came up, and it updated, and then sound went bad. I dug trough Internet and forums and whatnot and found that I am not the only one. I reset my phone several times, did backup, without backup, went to service... and then finally I broke and smashed it into little pieces.
It is not phone that is bad. It is Microsoft. There is no other explanation but they had deliberately sent a patch of a sort that killed the phone.
Why are they, for the love of God, trying so hard to kill their own product? From lagging in development of handsets, discouraging others to develop theirs, to deliberately avoiding upgrades to apps ...
Looks like someone deep in Microsoft is working against WP, or they are all idiots...
Latter is more possible, but even idiots would do something right and not deliberately malicious...
I need WP for work, things that neither iOs nor Android can do.

For anyone interested: the $99 MS Store version with T-Mobile worked just fine in Japan (Tokyo) with NTT DoCoMo including the T-Mobile (2g) free international data option. Not that fast but enough for maps, email and light browsing.

Max, 09 May 2017Now I understand why people are buying this phone despite o... moreI waited, bought my Idol 4s w/win10 January 2018 from MS store
unlocked for $65. A price that left me with zero 2nd thought, and no buyers remorse whatsoever! Have every app I'll ever need ( and then some) saved as appx files, all easily reinstallable . Also went to the trouble of making a local backup image so even after MS ceases supporting win10 mobile backup (as they did last Oct. with win 7/8/8.1 backup) I'll still be able to have access to my backup image for quick reinstalls from scratch.
Even though win mobile is dead, I'm extremely happy with this device particularly at the price. It was a no-brainer, I considered it a must-buy. Clearly regardless of the state of win mobile $65 is almost a freebie!

AnonD-744288, 13 Mar 2018Hello! Does the T-Mobile version functions with gsm sim car... moreIf you buy directly from Windows Then it is unlocked.

Please does the T-Mobile version function with a gsm sim card like mtn????

Paulo, 07 Feb 2018Portuguese (Portugal)Portugal Language and keyboard is available. No Voice assistant in Portuguese though.

Paulo, 07 Feb 2018Can anyone tell me if alcatel idol 4s has Portuguese langua... moreBrazilian or Portugal language?

Good phone I bought it for $100.00. Camera is decent, processor is smooth, (windows 10 is not very optimized compared to Blackberry 10, iOS, or Android), only thing is that this phone does NOT have a music equalizer unlike most of its Windows 10 counterparts like the Microsoft Lumia 640 LTE. That being said, music sounds excellent! Screenshots I have not been able to successfully take one. Also most of the apps on the Windows Store work. Just not the most optimized. Again it’s a decent phone but don’t expect like an Android or iPhone. Build quality looks great!