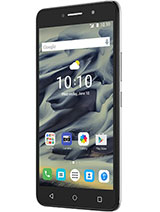 Filesponge, 09 Oct 2018Well, I must be the luckiest Pixi 4 owner in the world lol.... moreAre you sure you are reviewing the right phone? This is the Alcatel PIXI 4 right? Not the Google PIXEL 4 :-) I'm also an IT consultant and I bought this a couple of years back when they killed Windows Phone and I wanted to check out an Android phone before spending hundreds on a "proper" one. This phone has a big screen which is great and it works fine but it is SLOW. You cann[t possibly have one that is fast, hence my querying that you are reviewing the Alcatel phone! I did like the way it works though, enough to spend several hundred Pounds on a Samsung flagship phone. Now that IS fast! This PIXI4 is fine for a "burner" phone. Better than fine in fact, but nothing compared to a more expensive phone which is kind of what you expect.

This phone is actually a good phone. It plays any game i install, it runs smoothly. The downside is just the battery and the camera. Asides that, I ABSOLUTELY LOVE THE SCREEN SIZE, cos i love big phones since i am a cinephile. Great job Alcatel!! Thanks Gsm arena for reviewing it. I hope they release a more powerful version with 5,000 mAH battery and better processors in the near future.

I've had this phone for about 3 or 4 years (this is my first phone) and there are major performance issues. All it does if freeze at random times, it's very unresponsive and it's too heccin big for my hand >:( . It has also called the police by itself a few times. I don't recommend getting this phone. I'm getting an honor/huawei phone instead of an alcatel.

what is the memory capacity of sd

Well, I must be the luckiest Pixi 4 owner in the world lol. Mine is being one of the best phones I've had, and I run my own business supplying I. T. stuff so I can choose any I'd like, and I get to play/test dozens each month.

Mine is the 16Gb version, standard android v6. The it's very fast, and no lag at anything, but no crashes, perfect control, fast Internet, plays any game I've tried, and downloads 2 films happily while playing a 3rd on YouTube without a stutter.
The camera, considering its supposed to be rubbish, is fast, clear, responsive and has loads of good options for great photos even indoors in bad light.

So far? I've not found one thing I hate or that doesn't work, I can't understand why others have had so many problems. Well, I give it 8 out of 10 so far. Been using it daily for 5 weeks. I'm just lucky? LoL

Mj, 03 Oct 2018This phone is the worst it always lag as a crap,apps always... moreGo back to the factory installed version of Google Play. That will cure your problem

This phone is the worst it always lag as a crap,apps always closing automatically, it has a good camera though and now my main problem is googe play store it is not opening only white screen ughhh want to throw this thing

How do I take screen shot with the phone?

PolCat, 29 Jun 2018My problem with Cricket and the Idol 4 Don't get a Cricket... moredo you think someone is going to read all that? lol

I really prefer the Ideal to this, Even though the software is outdated!

HOw do you set up the phone if it has been set up by someone else before you? This is really bugging my brain as I can’t get to make any calls but I can receive them. Alcatel pixi 4 (6)

I've had this phone since August 2017. Yes, the camera is not great at all. Slow, yup. But, I didn't expect much, so I haven't put it through steneous use. I guess that's why it has been decent. Not the best, true. But, I really can't complain. Though, Alcatel should upgrade these things.

Grenadianexpat, 13 Jun 2018I wanted a cheap phone that did the basics with just one or... moreIf you want to get rid of the bloatware you have installed with the firmware, you can go to settings>apps>system apps>clear data and disable. In order to make every app eligible to be moved to microsd card you need to go to settings>about phone>software information> you have to tap on that item until "developer mode activated". You go to settings main menu and just near about phone it will appear a new item, the "developer mode". You activate it and search in that list for this option, for sure is there. If found it called " make any app eligible to move to external storage, you activate it and you're done! Now you are able to move any app on external storage.

I wanted a cheap phone that did the basics with just one or two extra apps. It is an absolute P.O.S. it can barely run itself never mind apps. You can't get any of the bundled stuff to migrate to the memory card, so it runs at almost full to the brim on internal space all the time.

I feel instead of it working for me, I am working for it with the constant messages to boost, and free space.

The camera is crap, the whole bloody phone is crap.