The Meizu 16s has been a hot topic over the past month, with first live images appearing at the end of February and then another one some 10 ago, following a 3C certification. The latest piece of info on the upcoming handset comes from GeekBench. 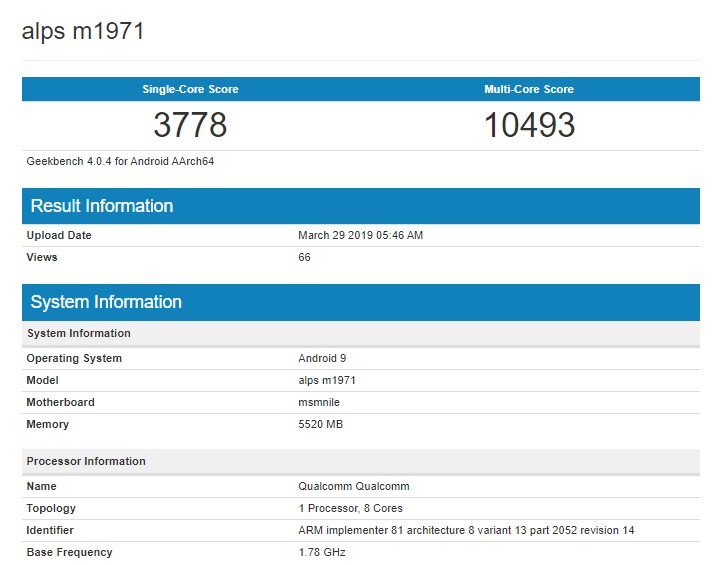 What is allegedly a Meizu M16s, but goes by the name 'alps m1971' for the time being, has had a crack at the popular CPU benchmark. The device is powered by the Snapdragon 855 chipset (the 'msmnile' in the screenshot), as previously rumored, and has 6GB of RAM at its disposal.

Here's how the supposed Meizu's numbers stack up against the other S855 phone we've tested, the Xiaomi Mi 9, plus some others with competing hardware. Mind you, as is usually the case with pre-release hardware (and/or software), the numbers aren't necessarily indicative of the performance you'd get out the finalized product.

Software is very important to me when buying a phone, and is only second to price but as important as the hardware. If I could have any SkinnedOS software in my phone it would be FlymeOS. It is by far the most intuitive, one of the best looking,...