Last year Samsung released the Galaxy F22 handset as a regional version of the Galaxy M22 in some regions and it appears we are in for a repeat this year. A newly surfaced Geekbench listing tells of a Samsung phone with mode number SM-E236, which should be the Galaxy F23. The Galaxy F22 from last year was SM-E225. 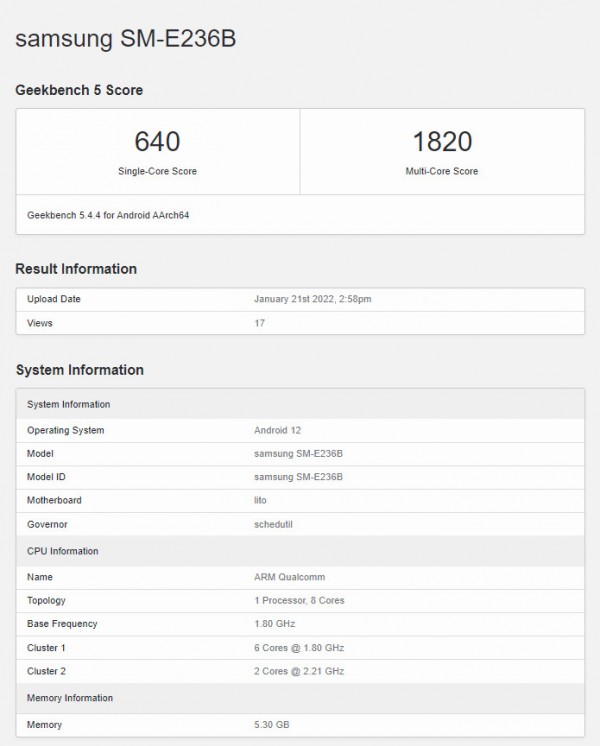 The listing confirms the phone packs a Snapdragon 750G SoC, which is a huge step up from the MediaTek Helio G80 powering up the previous generation. There's also at least 6GB of RAM and Android 12 out of the box.

Seeing last year's release strategy, we would expect the Galaxy F23 to appear as the M23 in some markets. We will keep an eye for more details on either of those handsets. The only difference between last year's duo was the battery capacity and charging speed.

better they reduce the display size to 6 inch, reduce the weight, reduce the battery size and maintain the similar price point, that gives a unique pitch.

Totally agree with you. Glad that they're looking to improve their F and M series now that upper range A series is turning towards Exynos\Removing Headphone jack etc.