By the looks of things, Sony is gearing up for at least a few interesting announcements at MWC 2017. A few days ago, we caught a glimpse, of what was said to be the Xperia XA2. Now, another source has leaked a few blurry shots of, presumably, the next Xperia XZ flagship.

There are a few stills to analyze here and we did have to do a fair amount of investigative work to arrive at some conclusions, uncertain as they might be. First, there is a shot, containing a total of four Sony handsets. The source claims the Xperia XZ2 is the one in the bottom right corner. Looking at the other units, the one above it is almost certainly the current Xperia XZ. Sadly, the angle is quite misleading and we can't accurately judge on how much bigger or smaller the new XZ's display will be compared to the old 5.2-inch panel. 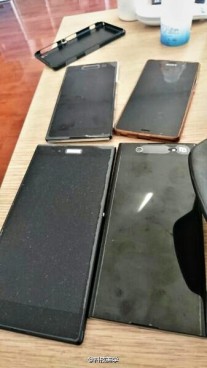 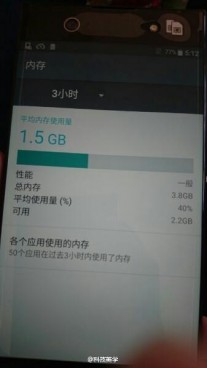 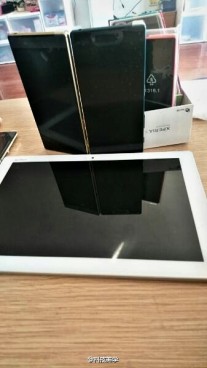 However, the left column of devices both seem to bear Sony's older design language - less rounded corners and frame silver inserts. That being said, the bottom left unit is likely the older Xperia Z Ultra. It has a 6.4-inch display, so going by proportions, we believe it is fairly safe to assume the new XZ flagship will be bigger than its predecessor. 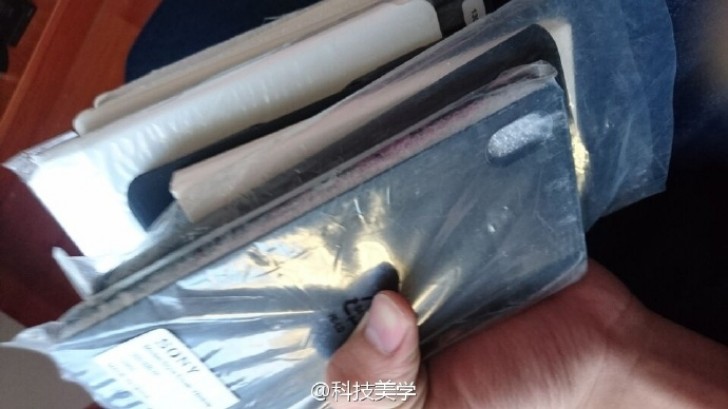 The only other little bits and pieces of information the mysterious source provides include 4GB of RAM, up from Sony Xperia XZ's 3GB, as well as a reassurance, that the fingerprint reader hasn't been displaced and is still integrated in the side-mounted power button.

Never knew that there are people who still live in cages