The Amazfit Falcon we leaked back in May has been officially unveiled by Amazfit with its pricing and availability details. It's a premium rugged smartwatch with an aircraft-grade TC4 titanium unibody design, which Amazfit says "represents the ultimate balance of toughness and class." The Falcon is corrosion-resistant, and its four control keys are also made from titanium. 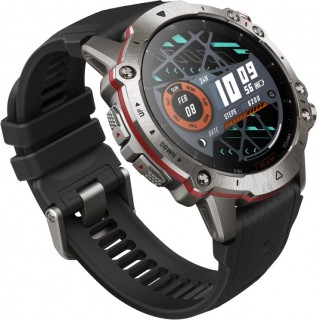 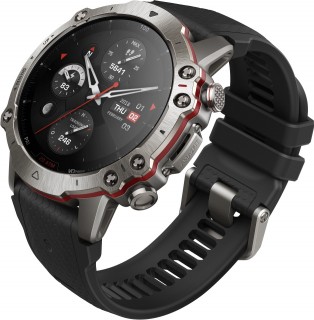 Not just that, the Falcon passed the 15 military-grade tests to bag the MIL-STD 810G certification, and it also has 20ATM (up to 200 meters) water resistance, which is a first for Amazfit smartwatches. 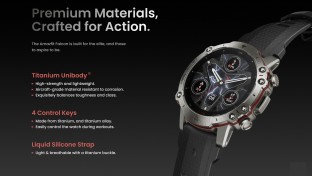 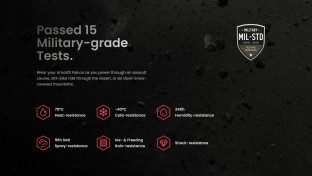 The Amazfit Falcon is a premium, rugged smartwatch having a titanium unibody design

The Amazfit Falcon runs Zepp OS and sports a 1.28" always-on AMOLED touchscreen of 416x416-pixel resolution. It has a pixel density of 326ppi and a brightness of up to 1,000 nits. The screen is covered with a Sapphire Crystal Glass with a Mohs hardness rating of 9/10, putting it just below the diamond on the hardness scale. It also has an anti-fingerprint coating to prevent smudges. 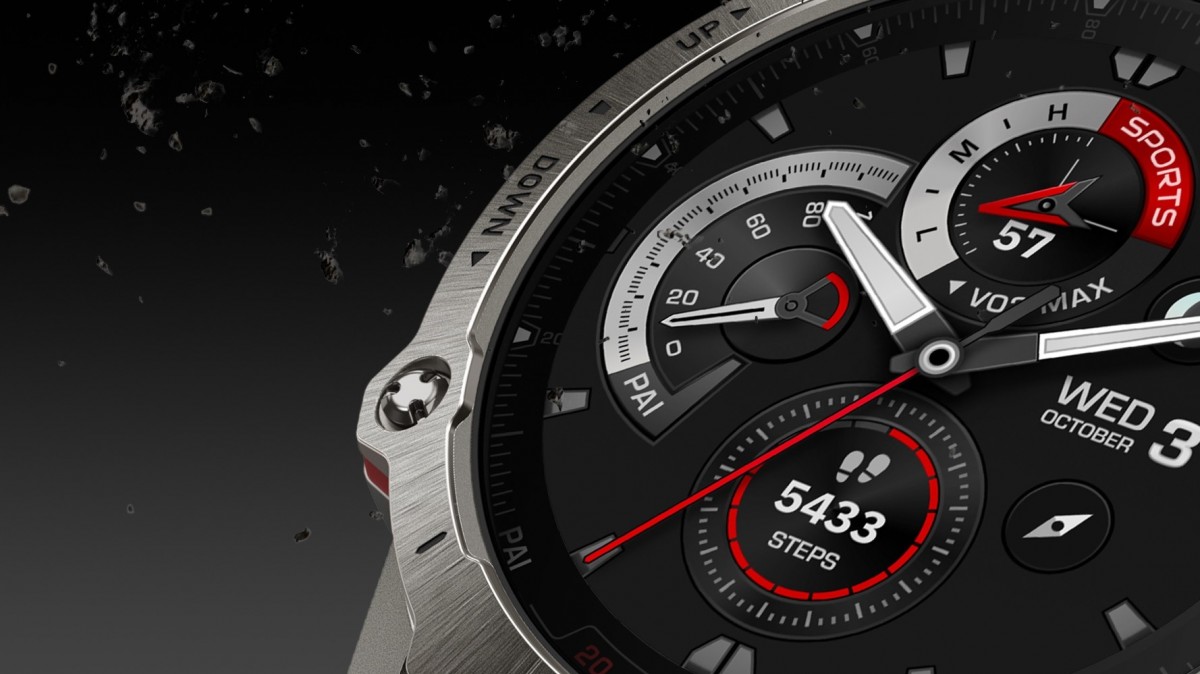 Another highlight of the Amazfit Falcon is support for six satellite positioning systems and dual-band GPS (L1 and L5) for accurate tracking and consistent signal strength, even in dense areas. It also supports real-time GPS tracking of your movement and shows the shortest straight line back to the starting part of your journey when you are in a hurry. 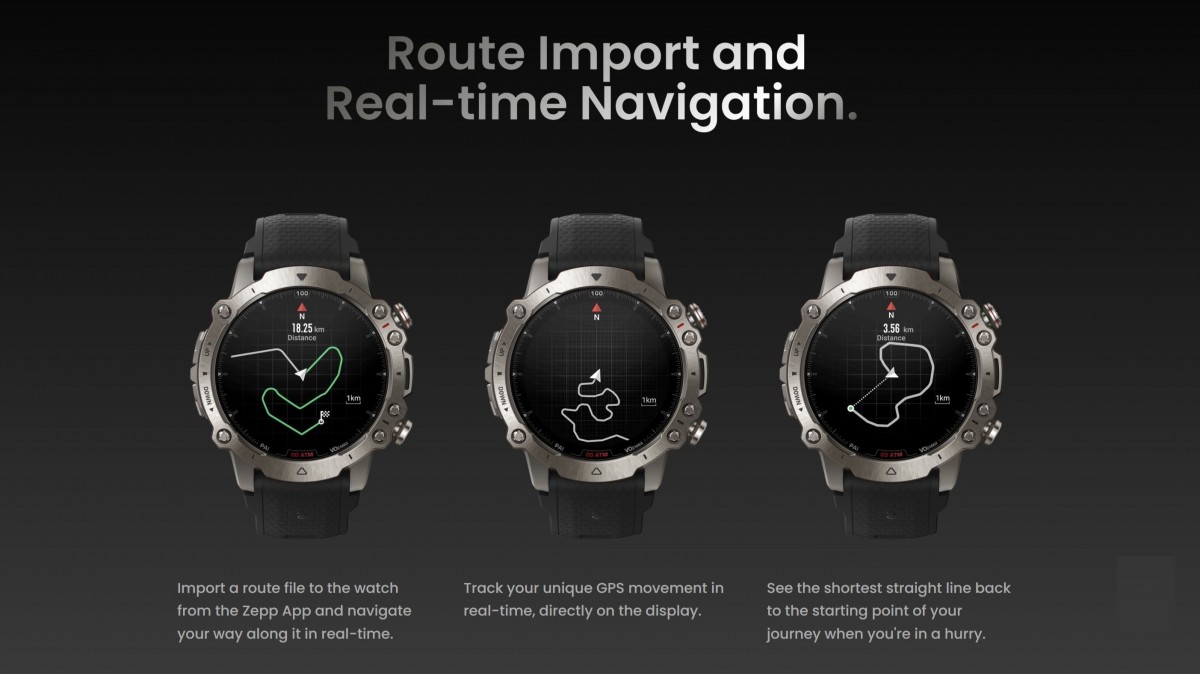 The Amazfit Falcon comes with the usual slew of health and fitness features, including heart rate monitoring, blood oxygen level measurement, sleep tracking, and stress measurement. Moreover, it supports over 150 indoor and outdoor sports modes and has automatic recognition for eight of them, including pool swimming.

Amazfit lets you keep the Falcon's screen awake to display the sports data so you can easily check it during a workout. It also lets you connect the smartwatch to professional workout devices like heart rate belts and cycling power meters via Bluetooth if you want to take a more professional approach to your training. 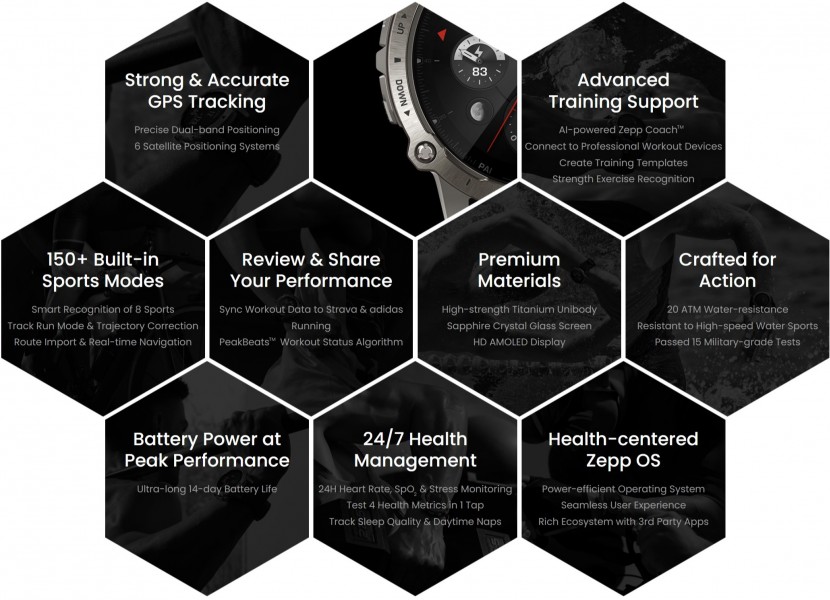 Speaking of, the Amazfit Falcon comes with an AI-powered Zepp Coach that offers tailored guidance to users to help them train and recover more scientifically. The smartwatch can also sync data with third-party fitness apps, including Google Fit, Apple Health, Relive, Strava, and Adidas' Running app.

Powering the Falcon is a battery with a rated capacity of 500 mAh. It's advertised to offer up to two weeks of endurance in a typical usage scenario and takes two hours to charge with the bundled 5-pin plug charger. 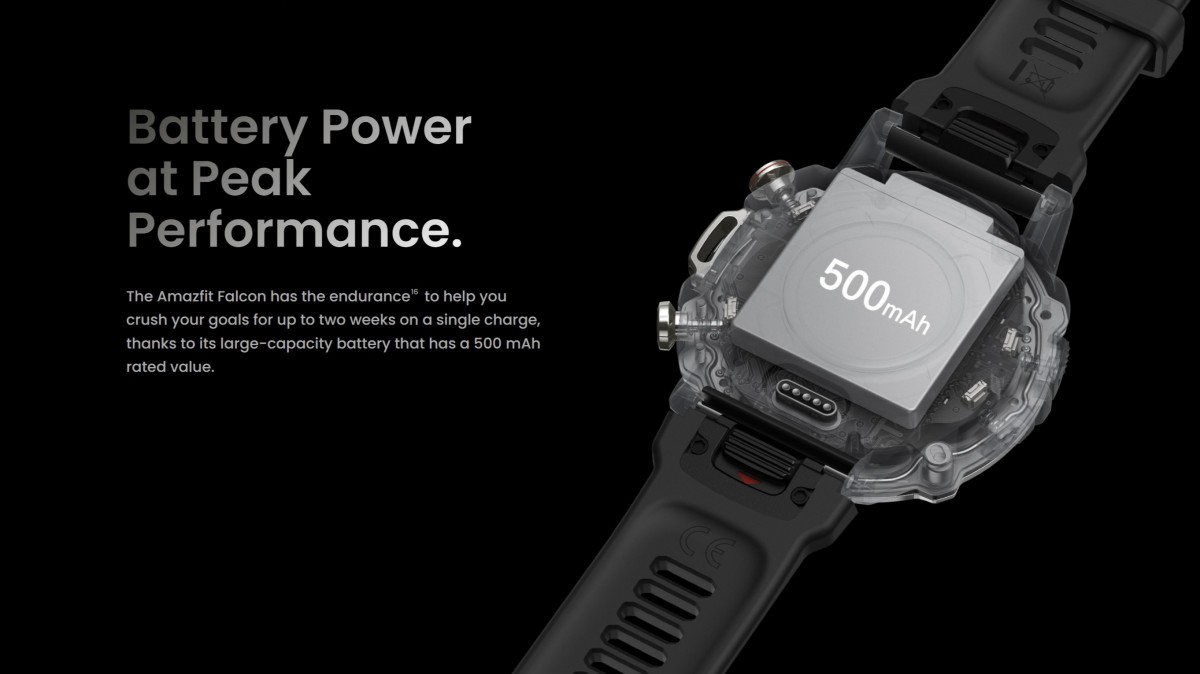 The Falcon supports WLAN 2.4GHz and Bluetooth 5.0 BLE connectivity and works with Android (7.0 and above) and iOS (12.0 and above) devices. The smartwatch weighs 64g, and its 22mm wide straps with titanium pin buckle are made of liquid silicone.

The Amazfit Falcon is priced at $500 in the US, €500 in France, Germany, Italy, and Spain, and £499 ($557/€573) in the UK. It can be purchased through Amazfit Stores and Amazon in these countries, and Amazfit says it will be available in Brazil, Mexico, and other markets through AliExpress soon.

Exclusive: Your first look at the Amazfit T-Rex Pro 2 and Amazfit Vienna

I have a beat up Garmin FR 245 and as much as a desperately want an Epix or Fenix, it is definitely out of my price range. I honestly think this watch it worth looking into if it does everything even 80% as good as Garmin. A Fenix amount of features ...

Limited ecosystem. Either get a supported wearos or Suunto/coros activity watch instead. Plus support is lacking, and with zepp, you'll probably randomly lose alerts. And $500? With it's closed and limited ecosystem, more like $199 ...