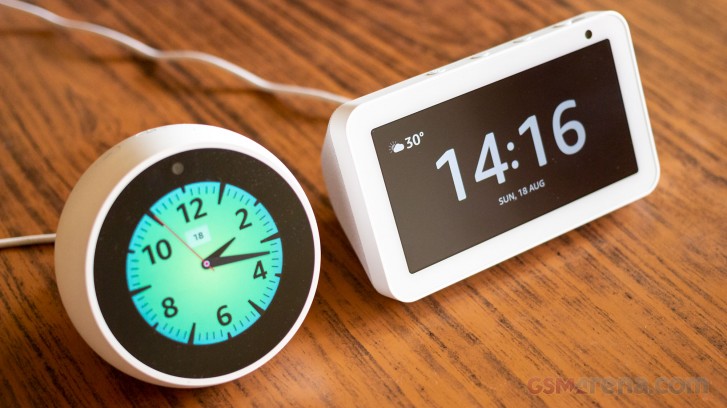 At first glance, the Echo Show 5 almost looks like a phone placed on a kickstand. The design is similar to that of the larger Echo Show, with an angled display and a body that tapers backward with the speakers placed behind the display.

The display does have a sizable frame surrounding it, which on our white review unit looked particularly distracting. We much prefer the blacked out frame of the Echo Spot. 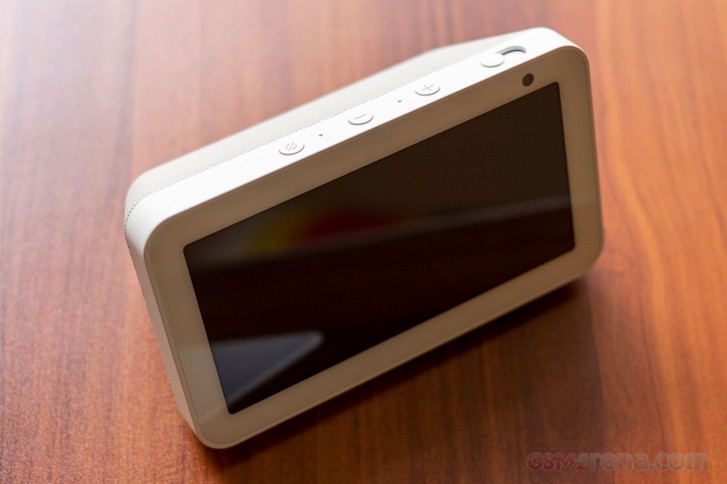 Above the display are four physical controls. They include the mute switch, two volume buttons and a physical slider for covering the camera.

The privacy cover for the camera is a first for an Echo device. While previous Echo devices with a camera had an option to disconnect the camera through the software, having a physical cover blocking the camera is the safer option.

Behind the display is a cloth grille covering the entire back side of the device. Underneath the grille lies the 1.65-inch single speaker, which is a big step down from the dual 10W drivers with a passive radiator found on the larger Echo Show.

Also found on the back are the power connector, an audio out jack and a microUSB port for connecting a microUSB to Ethernet adapter in case you don't want to or cannot use Wi-Fi. 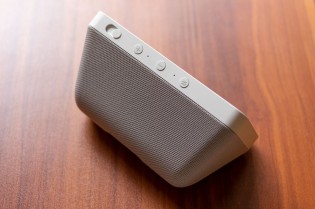 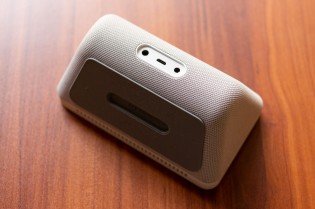 The 5-inch display has a resolution of 960x480 pixels, which works out to 215ppi, not bad for a device that will largely be used from a distance. The display has an aspect ratio of 2:1. It is a touchscreen, just like all the other Echo devices with displays.

The display quality is adequate. The pixel density was fine even for keeping the device on a desk an arm's length away and if it's any further away you are never going to have a problem with it. The image quality is okay if a bit unspectacular, which is generally what we expect from a device like this. It's fine for the limited video content you will be watching on it or any for any photos you may set as the watch face.

The audio quality still isn't good though, as is the case with Amazon's Echo devices in general. The only exception is the large Echo Show, which has excellent speakers.

Of course, thanks to the audio jack provided on the back, you can always just output the sound to an external speaker system. However, if that's solely what you're after, the Echo Input is definitely the better option.

The 1MP camera is only used for video calling to other Echo devices or phones running the Alexa app. Since that's all it's good for, the quality on offer is perfectly fine and definitely an improvement over the VGA camera on the Echo Spot.

Moving on to the UI, we see it's identical to that of the Echo Spot and the Echo Show. Your homescreen will show you the clock face, which can be customized and there are a lot of options there now, including having your own photos as background. The homescreen can also be set to cycle through other information, such as reminders, upcoming events, notifications and trending topics.

By swiping down on the display, you can access the brightness adjustment setting, the do not disturb mode, settings and the Home button.

A menu can be accessed by swiping from the right edge on the homescreen. Here you will see options to get to various functions, such as communication, smart home devices, recently played music, Prime Video content, alarms and routines.

The Communicate menu lets you see your contacts and call them. You can make video or just voice calls. There's also the Drop In feature, which is like a video call but automatically picked up on the other end without them manually picking it up (hence the name). This obviously has to be enabled by the other person for each contact. You can also send them voice messages and a nifty feature called Announce, which lets you record a voice message, which is then broadcast across all the Alexa devices across your home.

The Smart Home option lists all the Smart Home devices on the network. The Echo Show 5 does not have a smart hub built-in like some of the other Echo devices but can interface with smart home devices that have their own smart hub.

The Music option shows the recently played music using voice. This isn't particularly useful as you can't actually play any content using the touchscreen and have to use voice if you want to play something.

The Video option is far more useful. It gives you access to Prime Video service with categories like Amazon Originals, Prime movies, Prime TV shows, watchlist and more genre options. You can play just scroll through and play content from here, which I desperately wish was also an option for music.

Unfortunately, there's still no official YouTube on the Echo platform. While Google did make up with Amazon and added the YouTube app back on the Fire TV, if you want a smart home device with YouTube you'll still have to buy Google's Nest devices. You can still access YouTube through the Amazon Silk or Mozilla Firefox browsers that are pre-installed on the Echo Show 5 but it's not quite the same experience.

One major annoyance with the software and UI experience on the Echo Show 5 is just how slow it is. It has the same processor as the Echo Spot but while that device never really felt slow, the Echo Show 5 can be sluggish at times, often taking a second or more to respond to inputs in certain menus. Even basic operations like changing the clock background are sometimes met with long pauses between UI screens.

The rest of interaction basically happens over Alexa, for better or worse. Using voice assistants is always a hit or miss affair. On the upside, Alexa has improved a lot since it launched and can now do a ton of things with lots of service integrations, especially on a local level. It can do internet searches, it can make restaurant bookings and it can turn your lights on or off.

On the other hand, it can still have problem understanding you. I, in particular, struggle to get Alexa to understand what I'm saying when I ask it to play music. It does other tasks fine but music is still a huge problem for it, as it tends to miss way more than half the requests I make.

It's for this reason that I cannot ever imagine using a speaker that solely relies on Alexa to play the music. It's also why I really wish you could use the touchscreen to manually search or at least scroll through categories to play what you like but the Music menu is just a history list. 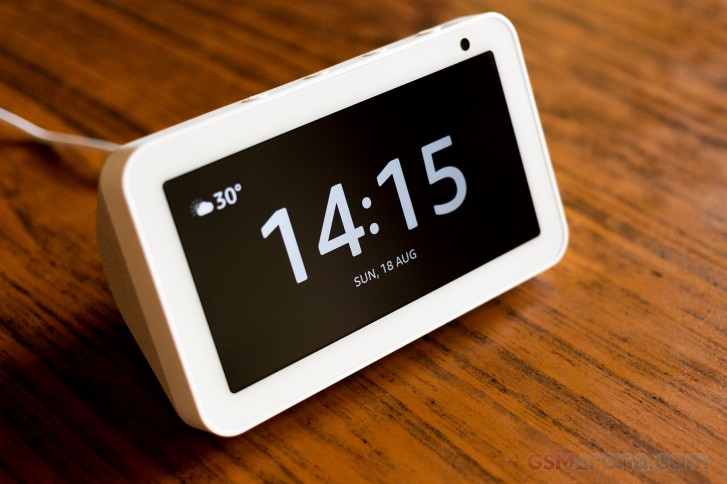 Overall, the Echo Show 5 is a fine device if all you're looking for is the cheapest Echo model with a display. The display definitely has some perks, such as showing you relevant information like time, weather, timers, reminders, etc, without having to ask, making video calls and using video features from smart devices such as security cameras and baby monitors. You can also watch Prime Video content on it, although the display size isn't quite suitable for that. And there's still no proper YouTube app for it.

Apart from that, the speaker is decent for casual music listening at low volume and the camera makes it ideal for desk side video calls. And there's a handy camera cover, which makes this Echo device much more secure for placing in the bedroom or office.

However, Alexa continues to be a hit or miss sometimes when it comes to understanding your voice. The Echo Show 5 is also underpowered and the touchscreen UI feels sluggish to use.

Those two issues aside, if you just want an Echo device with a display to use for monitoring purposes, as a desk clock with additional benefits or have lots of people with Alexa devices you can video call, then this is a decent option. We do think, however, that it is overpriced for the hardware that you are getting for the price.

they put one so you dont complain that there isnt one

they had to put camera cover because they dont trust their own spy software?