The latest Brand Finance Global 500 report is out and for the third year in a row Amazon tops the chart as the most valuable brand, its worth estimated at $220.7 billion. This is also the first time a company has surpassed the $200 billion mark and in Amazon’s case a 17.5% improvement over its 2019 result. 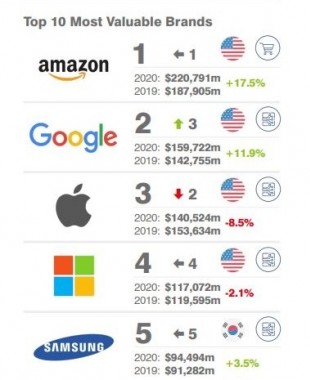 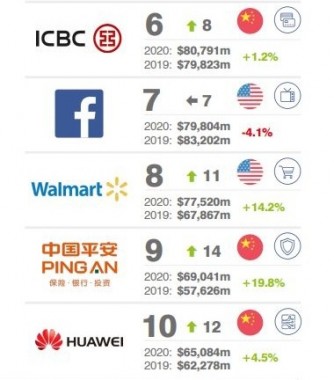 The growth is attributed to the company’s expansion in cloud computing, streaming services, consumer electronics and logistics. Skimming through the top 10 list, Google comes in at the second spot with a sizeable $159.7 billion valuation followed by Apple which sits at $140.5 billion after an 8.5% decline compared to last year.

Microsoft, valued at just over $117 billion sits just outside the top 3, followed by Samsung at $94.4 billion while Facebook placed seventh with its brand's worth estimated at $79.5 billion. Huawei rounds out the top 10 list slitting at just over $65 billion. As a whole, the tech sector saw the highest combined brand value with a total of $986.5 billion from 46 companies. 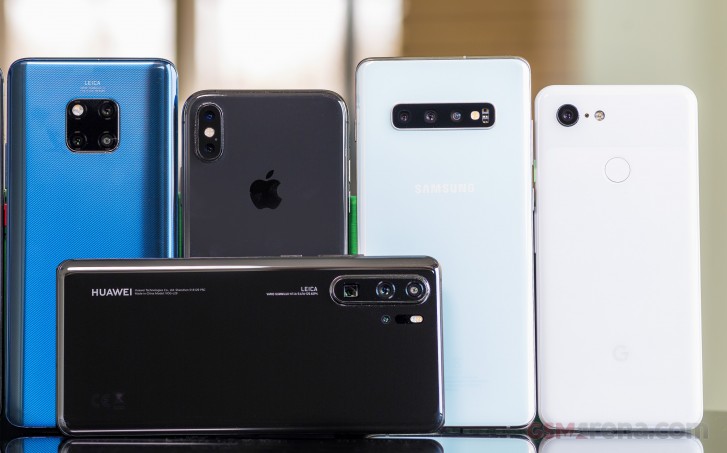 A notable decrease in brand value is observed in the telecom sector where a majority of carriers saw declines in value as they felt the pressure of IMs like WhatsApp which have been affecting text and voice revenues for a while now. AT&T in particular saw a 32% decrease in its brand value. The expected 5G boom on the other hand is an area of potential brand value expansion for the telco players so we might just see a bounce-back next year.

Ah yes, the prosperous country of (Toyota). Well, considering their plans for the hydrogen city, maybe sooner than expected.

The fuller report by "Brand Finance Global 500" is available on Internet. It gives prominence to "20 most valuable brands in the world". Among these TOP 20 brands, you see the following: 9 American brands; 8 Chinese brands; The three remaining ...

Is 5Ge why ATT is declining?