As leaked mere hours ago, today Amazon did in fact unveil the first Echo device to feature a touchscreen. It's called Echo Show and it can be yours for $229.99. It will be released on June 28, but you can already pre-order one in black or white. If you want two of them, you can use the promo code SHOW2PACK upon checkout to get $100 off your order.

The Echo Show has everything a 'normal' Echo smart speaker boasts, including the always-listening microphone array and Alexa virtual assistant built-in. But it tops off those features with a 7-inch integrated touchscreen and a boxy, retro-ish look. 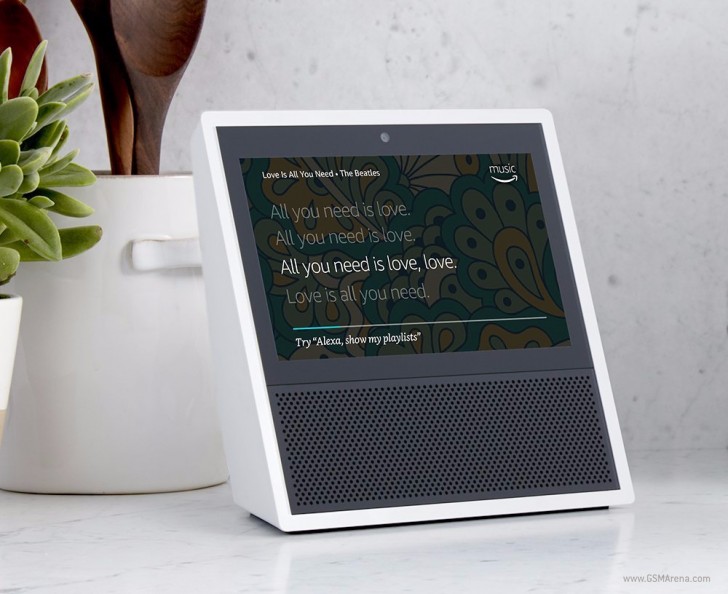 Amazon says that Alexa can now finally also show you things, thanks to the Echo Show's display. YouTube videos, lyrics for the songs you love - those are among the things you can see on the screen.

The device has compatibility with smart home products such as Ring and Arlo, so you can ask Alexa to show you the baby's room or your front door. As you'd expect, every Alexa "skill" that's supported on other Echo devices is also available for the Echo Show.

With the Show the retailer has also announced a new service that lets everyone with any Echo device or the Alexa smartphone app enjoy free voice calls with other people who have any of those products. Additionally, free video calls are on offer if you have the Echo Show or the Alexa app.

Amazon's Alexa is now available in its iOS app

This looks like something Google would prank us with on April Fools... Fail...

This is one of the concept cool looking in commercial than in reality. Privacy may be an issue lots of intrusion if placed in living space with additional noise. Looks like tablet with big a speaker. Not bad but may not be too hot!