According to a certification document in South Korea, Samsung is readying a 65W-rated charger. It could be for the Galaxy S21-series or it could be for an entirely different device, but the model code suggest it might well be former. 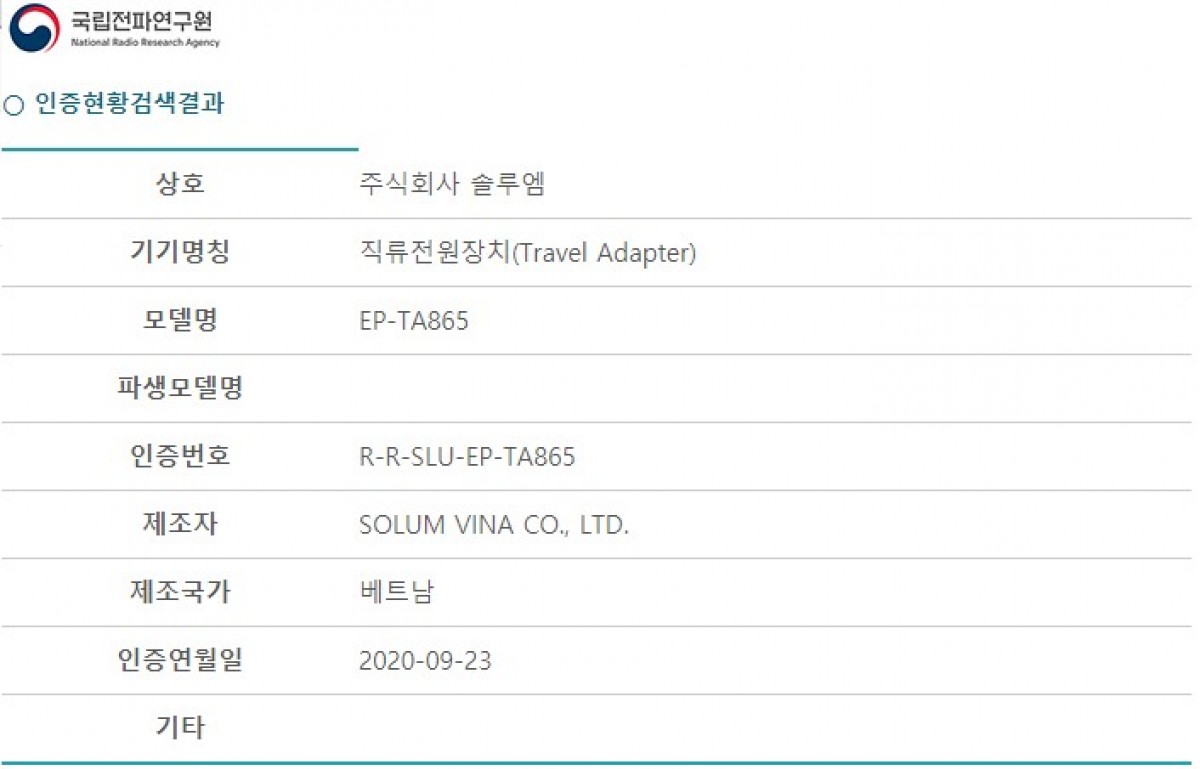 The guys from GalaxyClub suspect that it's 65W due to its model number. The 45W Samsung charger has a model EP-TA845 while the newly certified charger is known as EP-TA865. This is, of course based on the assumption that Samsung once more uses the last two digits to denote the charger's rating.

The screenshot of the certification doesn't reveal anything except that it's indeed a wall charger. We'll be on the lookout for more info tying it to one of the upcoming Samsung products.

I want to buy

Nice. I want this phone.