Android 10 is rolling out to the Redmi K20 Pro and Essential Phone, OnePlus 7/7 Pro get open beta [UPDATED]

UPDATE: Unfortunately for owners of the Redmi K20 Pro, the rollout of stable Android 10 to this device turns out to have been just a false alarm, at least for the Indian model. We rushed to install the supposed stable release of Android 10 onto a unit we had lying around, and shock horror: it's a beta, and you need a beta authorized Xiaomi account to use it. So while things may be different with the Chinese version of the ROM (we don't have a Chinese K20 Pro to test on), for now if you're in India you're going to have to keep living with Android 9 Pie. Hopefully this beta testing period will end soon, though, and then a real stable update will be sent out. We'll keep you posted.

Mere hours ago Google officially released Android 10 for its Pixels, and now a bunch of companies are following suit, each in its own way.

First off, the Essential Phone is now receiving the update to Android 10, which shouldn't be very surprising considering the company has so far been the only one to release security updates for its device on the same day as Google. Essential says the rollout has started for "select" customers that bought its handset unlocked, so it's likely a staged affair that may take a few days to conclude.

Android 10 is now available on Essential Phone for select Open Market customers. Check your device for the update! https://t.co/CZ4q45xiyk pic.twitter.com/JYvRLqn80L

Xiaomi sub-brand Redmi has also been incredibly fast and is already pushing out the update to Android 10 for the K20 Pro in both China and India. This is especially commendable given how heavy a skin MIUI is on top of Google's Android (compared to the Essential Phone which runs very close to stock).

The Redmi K20 Pro will still run MIUI 10, only atop Android 10. Don't expect to see any visual changes once you make the jump, or at least not many, since for that you'll need a MIUI system version bump, which may arrive later this month in the form of MIUI 11. 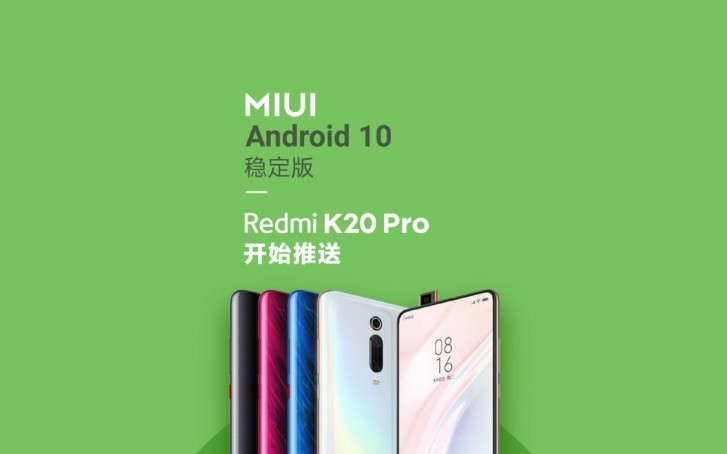 The new build, based on Android 10, for the K20 Pro, is MIUI 10.4.4.0 in China and MIUI 10.4.7.0 for India. While the over-the-air rollout might take a while to reach all units out there, you can download the update package straight from Xiaomi's servers and manually install it, if you're into that type of thing. For the files, hit the second Source link below.

Finally, OnePlus is rolling out an Open Beta build based on Android 10 for the OnePlus 7 and 7 Pro. This comes after a bunch of developer previews, and while it's not a stable update like what Essential and Xiaomi are pushing out, it's still something to appease owners of OnePlus' latest devices. 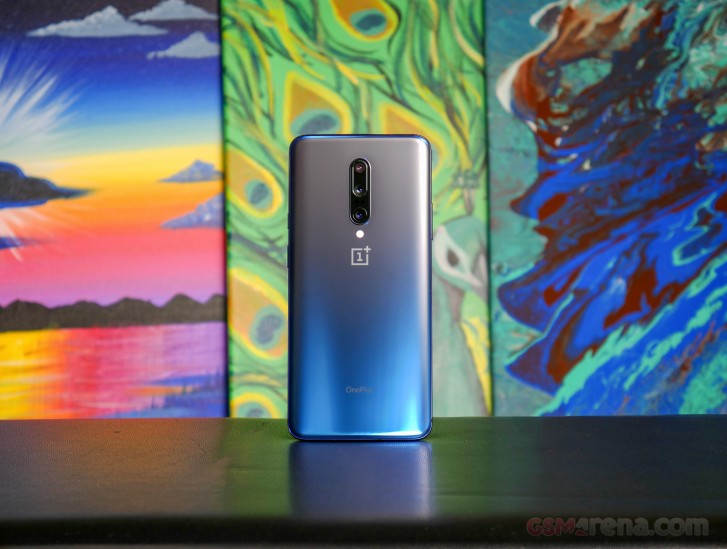 The OxygenOS Open Beta 1 comes with customizable icon shapes for Quick Settings, Game Space, spam keyword blocking for Messages, and Smart display - which supports intelligent info based on specific times, locations, and events for Ambient Display. As this is beta software, you may see app compatibility issues, as well as system lag and stability problems.

Jumping onto the beta track won't erase your personal data (though you should back it up anyway, just to be sure), and you will then receive subsequent beta releases as over-the-air updates. However, if you ever want to go from the beta to the stable track, you will need to wipe data, so keep that in mind. All of the installation details for the OnePlus 7 and OnePlus 7 Pro are available at the third Source linked below.

OnePlus TV will get at least three years of software updates

It the user purchase an iOS device just to use it on a Android or Windows ecosystem, well, what else can you say to such stupidity?

Compared to IOS or Samsung UI is a heaven in mouth. Like the very best cake you ever eaten.