The Android 9 Pie updates for the Samsung Galaxy M20 and Galaxy M10 are now rolling out in India, just a day after the M30 update started.

The update brings Samsung’s One UI and improvements to many of the Samsung apps. Interesting additions include support for HEIF images, Night mode, the option to reply to messages in the notification panel and more. 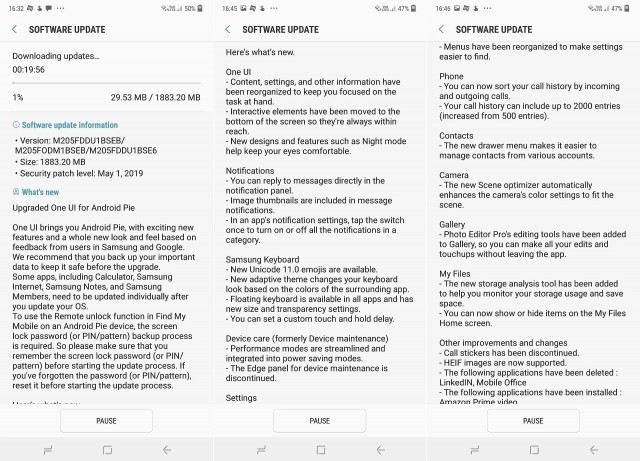 Note that the Galaxy M30 and M20 got the Scene optimizer feature in the camera with this update, the M10 is missing out on that.

Strangely, the update for the M10 and M30 weighs in at about 1GB, but the one for the M20 is almost twice that – 1.8GB. The change logs appear to be the same (other than Scene optimizer, of course). If you haven't received a notification, head over to the Settings menu to check for the update manually.

When will my UAE based Galaxy M20 get android 9.0 pie update

Yes its arrived in M20 UAE. Thanks for the Info.