Android One makes it to Turkey with much improved specs

Today Google has taken its Android One initiative to Turkey. Over there, a new Android One smartphone has been unveiled - the General Mobile 4G.

While Android One has surfaced in more countries following its initial launch in India, so far we've seen pretty much identical specs for all devices. The General Mobile 4G is different, though. 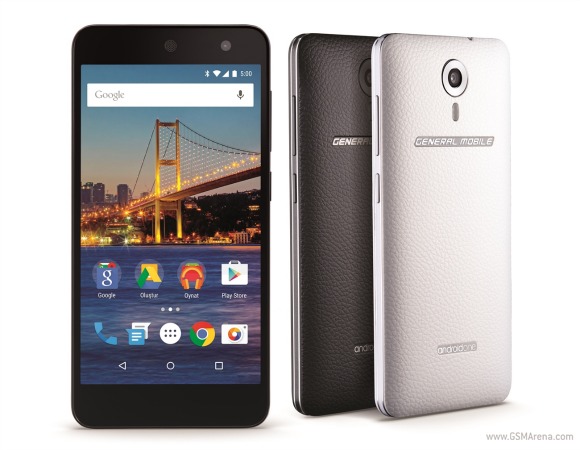 It comes with a 5-inch 720p IPS touchscreen with Gorilla Glass 4, a 13 MP rear camera with dual-LED flash, a 5 MP selfie shooter, 2GB of RAM, as well as 16GB of storage space. It runs Android 5.1.1 Lollipop, it's powered by Qualcomm's 64-bit Snapdragon 410 chipset, and it has support for 4G networks (as its name clearly states). This handset is in fact the first Android One device to work on such high-speed networks.

The General Mobile 4G will become available in Turkey on May 15 for TRY 699, which means about $262 or €233 at the current exchange rates. So it's clearly also a step up in terms of pricing when compared to Android One handsets of the past.

Then again, it does come with some solid midrange specs, as well as pretty good design, so perhaps people will consider it's worth the price. As you may know, because this is part of the Android One initiative, Google will be providing over-the-air software updates for two years after its launch.

I bought my General Mobile 4G for just $150 , and it is one of the best phones I've ever owned. It's even updated to Android Nougat.