Android One Moto X4 gets updated to Oreo 8.1

The Android One edition of the Motorola Moto X4 is getting updated to Android 8.1 Oreo as we speak. The firmware is labeled OPW28.46-3 and brings along the March 1 security patch.

The standard version of the phone will likely get the 8.1 update soon. The Android One Moto X4 got the 8.0 Oreo update just a week earlier. 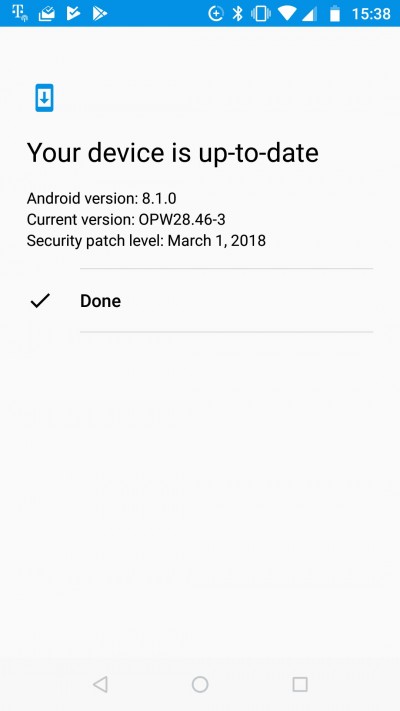 Oreo 8.1 brings the Pixel 2 launcher look as well as dark and light themes (automatically assigned depending on your wallpaper) and a few minor performance tweaks.

April 14. My Google Fi, AndroidOne Moto X4, bought from Google through Fi is still at 8.0. What gives. Thought there was some advantage to AndroidOne.

Lenovorola is of course screwing up the 8.1 rollout. Im on RETUS, google_fi, and updates are stuck at 8.0. SAD.

I have an A1 Moto X4 and just got the March 1 security update last night. 8.1 did not come with that update.