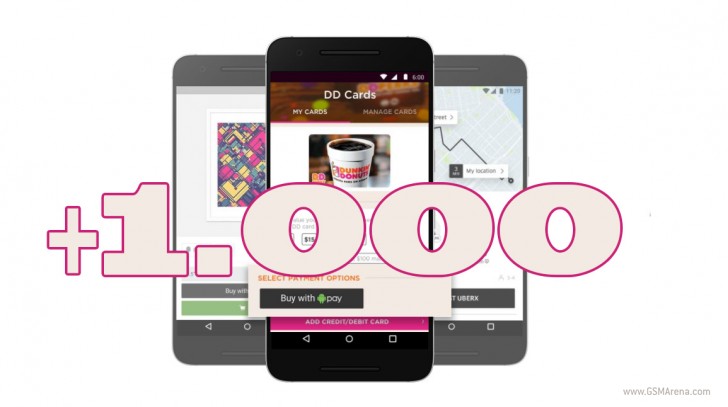 The list of supported businesses (and countries) is ever growing but there are more than a few that are still holding off, namely Barclays Bank in the UK. So far Apple has been more instrumental in adding support for its Apple Pay than Google has been with Android Pay.

Here's the latest additions to the Android Pay eligibility list. You can check out the source link for the complete list.

Samsung should have renamed Samsung Pay as something else, and used a different company to push forward it's sales. Is so much better than everything else out there, and if it wasn't named Samsung, other Android companies would have been tempted...

what exactly does this mean? why does google need to do so many partnerships with so many banks?

Is this about bragging your Apple's achievements Fanboy? The main discussion talks on Google's partnership with the 1000 financial institutions. Lets keep it that way. Nobody cares.