At this point, there have been fewer Elvis sightings than Huawei Mate 10 leaks. Here’s yet another model – we think it’s not the Pro or the Lite, it could be the Plus model but who can even tell at this point.

The main thing to notice in these photos is the label next to the camera. It says “ASPH”, an aspheric lens, which indicates this is a Leica cam. But note the other part – it has an f/2.2 aperture, much slower than the rumored f/1.6 aperture that the new models are supposed to have. 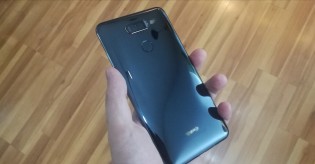 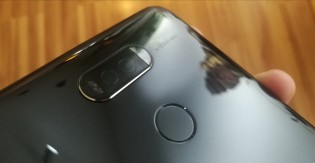 Renders suggest that the Mate 10 Pro will look like this and a camera like that probably doesn’t deserve a Plus moniker. But the Mate 10 Lite is already official (though it is known as Maimang 6 for now).

The design of the dual camera is quite interesting – there seems to be a dual LED flash on its right and (we guess) a Laser AF sensor on its left. The whole thing has a bit of an LG V30 vibe to it, doesn’t it? 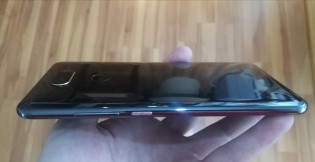 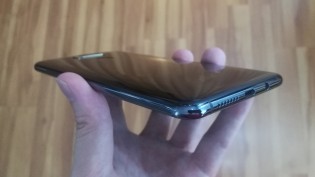 Anyway, we’re glad to see the fingerprint reader away from the camera. Also note the USB-C port and 3.5mm headphone jack at the bottom. Assuming this is a real device, of course.

Huawei Mate 10 Pro renders show the bezel-less front, the Leica dual cam on the back

That's propably the Honor Note 9. Cause; the #IOOI tag mans highly the Camera on the back cover. Have a look at this: https://www.gsmarena.com/honor_launch_bezelless_phone_in_december-news-27666.php

F1.6 was a dumb rumour. Unless they can put a bit of glass on the lens like V30, it's impossible. F1.7 is the limit of plastic lens (physics limitation)