Another spy shot of the Samsung Galaxy F appears

Wherever a Galaxy F goes, a photo of the visit is bound to leak. Yesterday we showed you a live image picturing the Galaxy F metal framing. Our insider source claimed the removable back is made of plastic, while the frame is identical with the latest iPhone's.

If the leaked renders, the previous alleged live pictures and tons of rumors aren't enough for you, today evleaks brings us another picture of the device. This time its the Galaxy F's front. 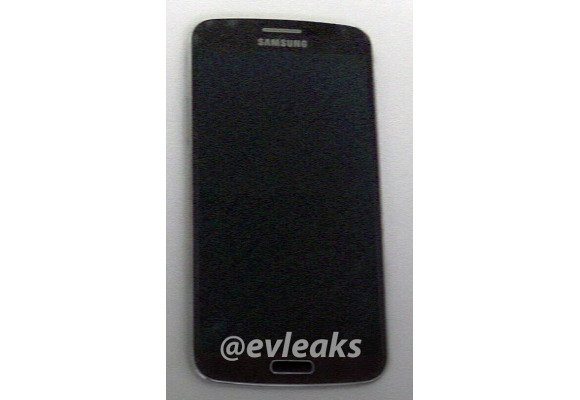 So, the Samsung Galaxy F is rumored to pack a big QHD Super AMOLED screen and a Snapdragon 805 chipset - just like the Korean Galaxy S5 LTE-A. Hopefully we'll get the official details very soon, obviously Samsung is unable to keep this beast under wraps.

the point is to make more money

*Points to cyanogenmod and other custom roms* K thx bye! :)