A phone by vivo is nearing launch, according to multiple listings that appeared earlier this month. The vivo 2004 has been certified in Singapore and Russia, and now appeared on Geekbench, which confirmed its Snapdragon 675, 8GB RAM and Android 10.

The phone is likely a new device since the phone maker gives sequential numbers to its models. However, this bunch of specs is hardly surprising, since there are no less than nine different variants with the same features. 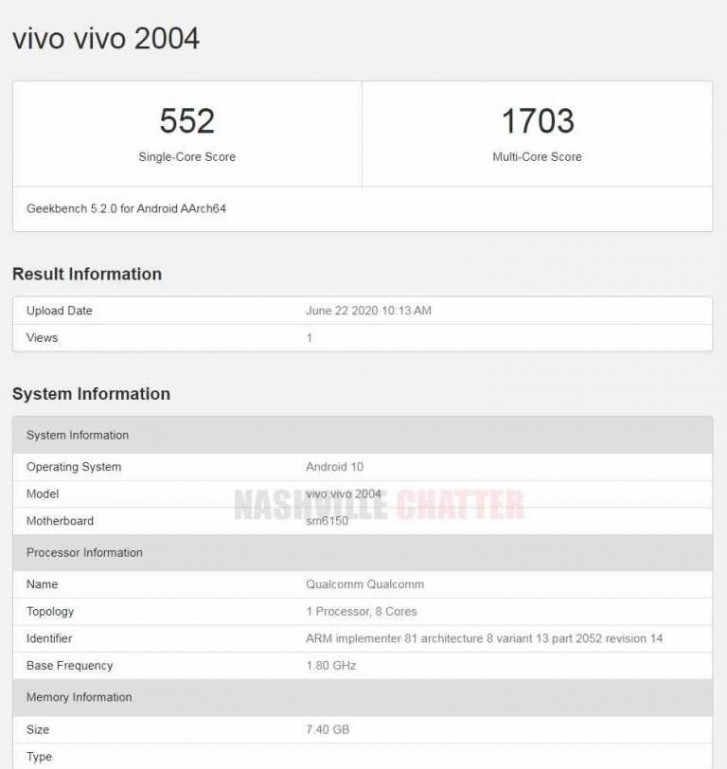 The phone could be a sibling to the vivo Z5i/vivo U3/vivo U20. Another educated guess is that vivo is relaunching the V19 Neo under a fourth different name - it is also sold as vivo V19 in Indonesia or vivo V17 in India.

There is also the possibility to welcome an entirely new handset, but we'll need more info to be sure.

Basically just re launching the V19 series with a little change in the looks, yet this strategy is very effective to appeal average people to buy, just because it's a "new" phone