After releasing the Chinese chart, Antutu has now published its March chart for the 10 best-performing flagship smartphones globally. Data was collected from March 1 to March 31 and the scores shown are averaged. These numbers are based on a sample size of over 1000 tests run on Antutu Benchmark 8 for smartphones released globally. 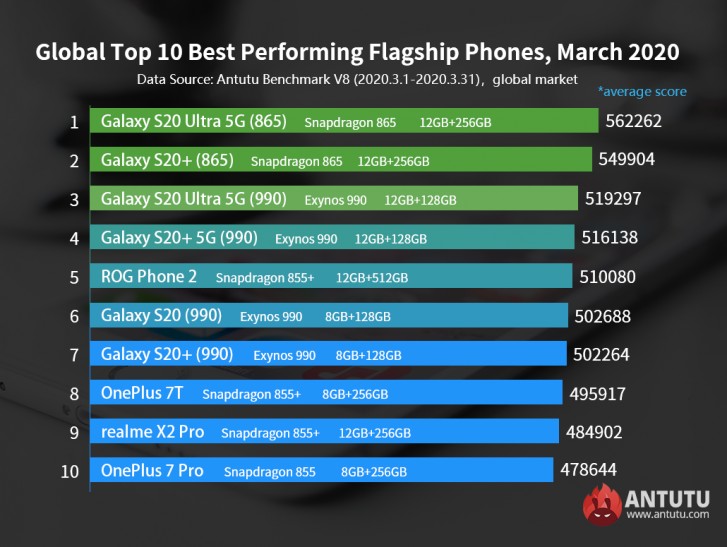 Four more Galaxy S20 versions made the list and they are all running the Exynos 990. The Asus ROG Phone II is in fifth with the OnePlus 7T taking eight and realme X2 Pro getting in at number nine. The OnePlus 7 Pro rounds up the top 10.

Antutu also released the Top 10 best performing mid-range smartphones for the same period globally. Topping the chart is the Redmi Note 8 Pro – this one is running the MediaTek Helio G90T. The next six devices in the mid-range are all powered by either the Snapdragon 730 or the 730G. 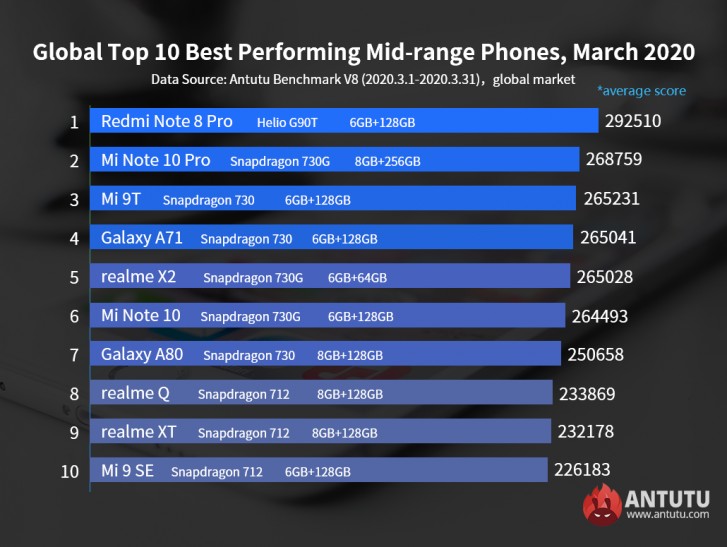 Why Antutu removed from Playstore?

Same, I also bought in Europe a US variant of S20 with Snapdragon. Have no issue with heating, persormance dropping. It is a very good phone and the price was 700 Euro, way under OP 8 Pro or Xiaomi mi 10 pro which are both 1000 here.