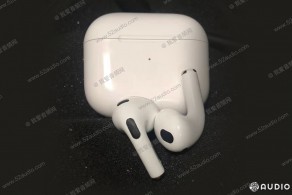 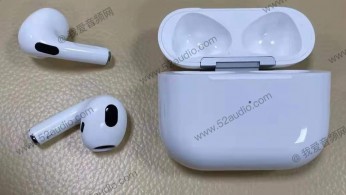 Apple’s regular non-Pro AirPods 2 have been out since March 2019 and are clearly due for an update. The third generation was expected to drop at several previous Apple events though was nowhere to be seen. Based on past leaks and rumors AirPods 3 will carry an AirPods Pro-inspired design with shorter stems and a redesigned charging case though with the same in-ear design without silicone ear-tips. AirPods 3 will likely skip out on active noise canceling which will remain exclusive to the Pro model.

Report: Apple's AirPods 3 still in the pipeline, already in production

Looks like you don't have any choices. Just Airpods. For me nothing is wrong with silicone plugs. They kill noise better.

What good are ANY of them when they don't even offer earbuds without damn annoying silicone tips? They can have the most virgin pure sound, if I absolutely hate those silicone plugs deep inside my ear canal? I just can't stand it. Befo...

Am I the only one who likes the in-ear design without silicone ear-tips. I don't know if I just don't like something very flexible inside of my ear. Do the silicone ear-tips provide more comfort? If so, I might just try silicone ones.