The M1 Ultra is essentially two M1 Max chips connected together with a new interconnect architecture that Apple calls UltraFusion. This uses a silicon interposer that provides 2.5TB/s of bandwidth. This reduces the latency and bandwidth concerns compared to having two separate chips connected through the motherboard.

Since it essentially doubles the resources of the M1 Max, the M1 Ultra features 20-core CPU, 64-core GPU, and 32-core Neural Engine, all of which are twice that of the M1 Max.

As usual, Apple has some performance numbers for us to chew on. The M1 Ultra claims to offer 90% higher performance for the same power consumption as an Intel Core i9-12900K and can match the Intel's peak performance by using 100W less. The M1 Ultra is also quite simply more powerful than the 12900K in multi-threaded tasks, although Apple did not specify which exact tasks. 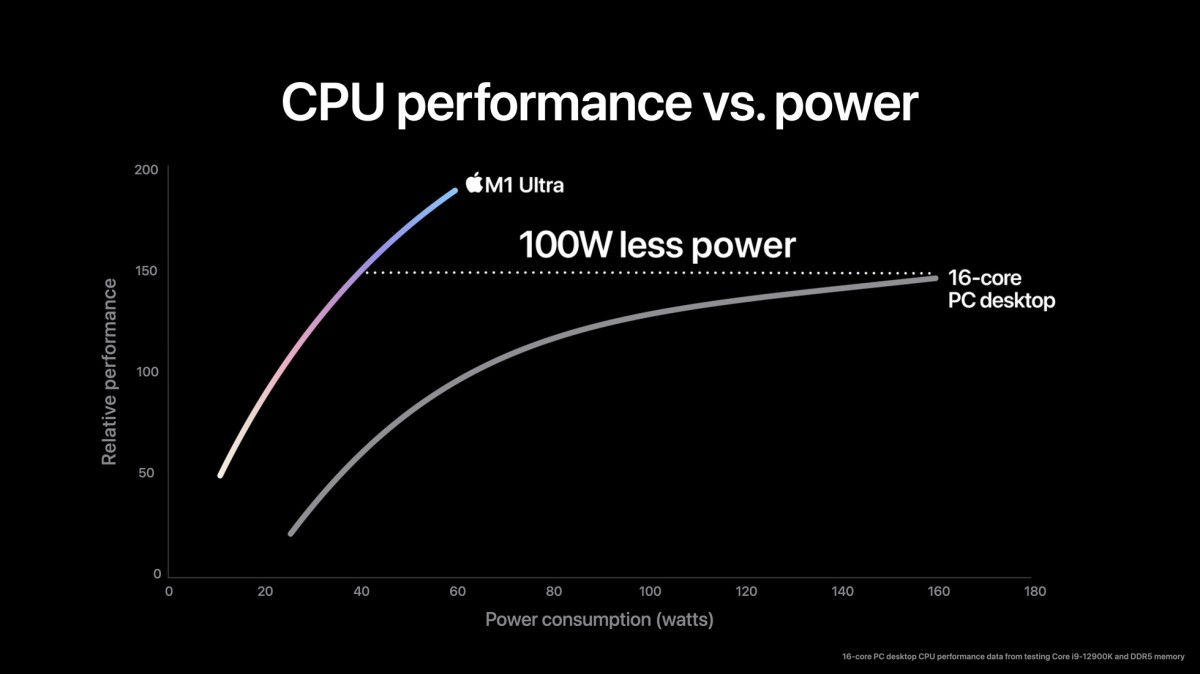 In terms of GPU performance, the 64-core model consumes 200W less than the Nvidia GeForce RTX 3090 at its peak performance while also outperforming the Nvidia card. Again, Apple did not specify under which task that was achieved. 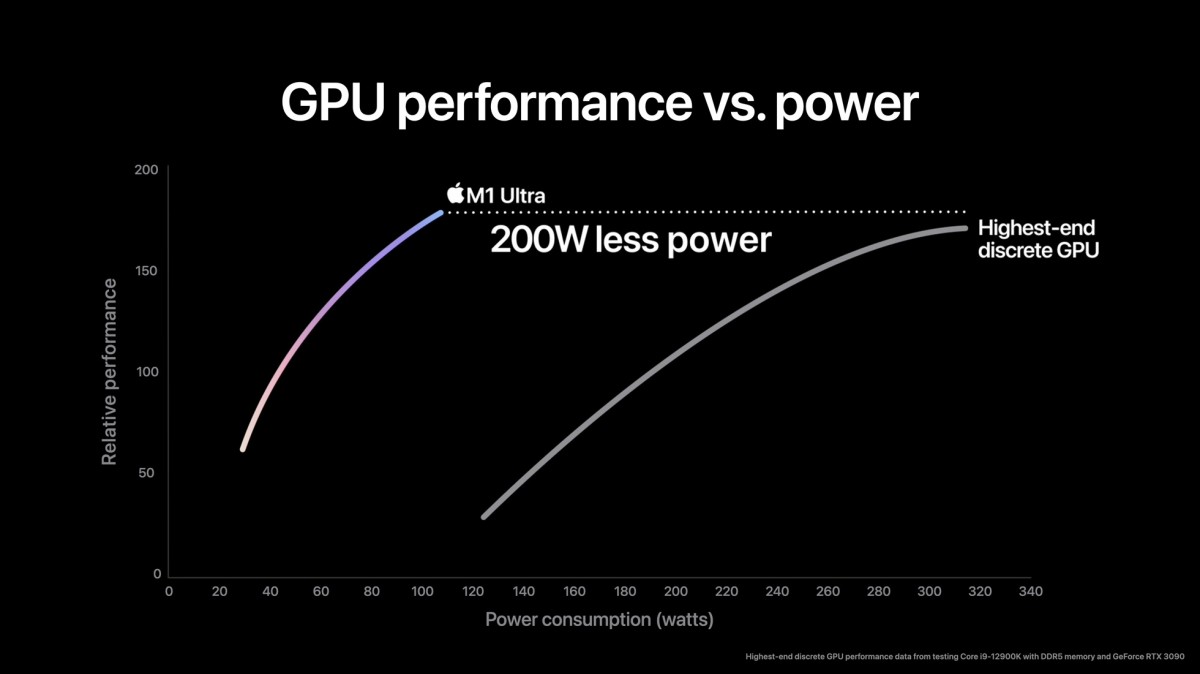 Memory bandwidth on the M1 Ultra is also higher than previous models, reaching 800GB/s. The M1 Ultra can be configured with up to 128GB of unified memory. As with other M1 models, this entire pool of memory is accessible to both the CPU as well as the GPU. 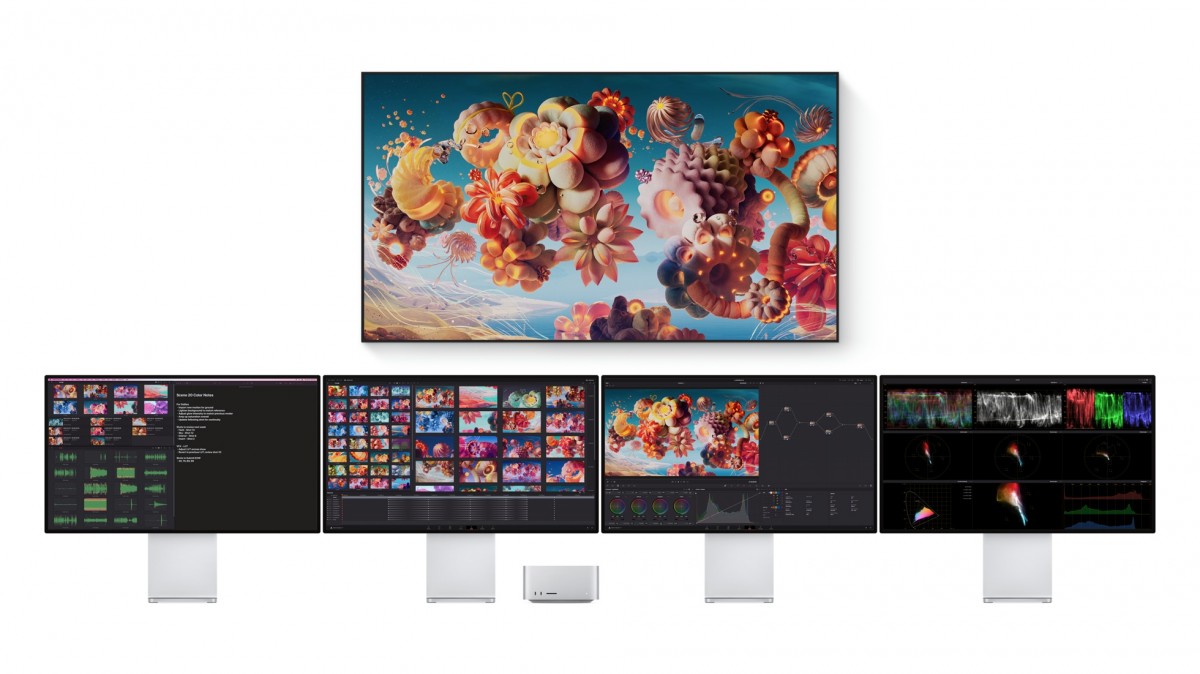 Due to the doubling of the media engine block, the M1 Ultra can also do some pretty crazy things when it comes to media decoding, including being able to play back up to 18 streams of 8K ProRes 422 video at the same time. It also has support for up to five displays, four of which can be the 6K Pro Display XDR along with a fifth 4K display.

Lastly, in terms of software, the M1 Ultra will appear to applications as a single processor, which means all programs will run and scale automatically without having to be changed. Moreover, macOS has been designed to scale with the hardware, so it can also automatically take advantage of the increased performance of the chip.

I find this reply funny because I wasn't even talking about the Ultra, I was talking about the Max lmao. If you're going to attempt to return to this 7 months later, at least read what you're replying to first.

BS logic, M1u is proven to be sh#t lol. Even many apple based professionals don't use m products because of lack of productivity.