Apple has asked its suppliers to manufacture at least 75 million 5G-enabled iPhones as it anticipates 80 million shipments of its next-gen iPhones this year, reports Bloomberg citing people familiar with the situation.

The regular models will get 5.4" and 6.1" displays and have aluminum sides, while the Pro versions will pack 6.1" and 6.7" screens and have stainless steel frames. However, all four models will come with updated designs with square edges - similar to the iPad Pro. 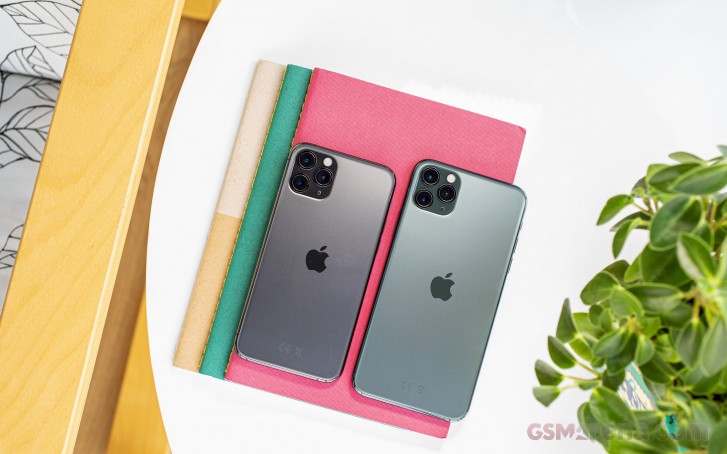 Bloomberg reports Apple will introduce a new dark blue color option for the Pro variants, which will replace the Midnight Green shade we've seen on the iPhone 11 Pro. The 6.7" Pro variant will also get the LIDAR camera that debuted in this year's iPad Pro.

The report further claims that Apple will unveil a new iPad Air with an edge-to-edge iPad Pro-like screen, as well as two new Apple Watch versions - one successor to the Watch Series 5 and another a replacement for the Series 3. These are rumored to launch either this month or in October alongside the new iPhones and AirTags.

In addition to all these products, Apple is also expected to announce a smaller, cheaper HomePod, and its first over-ear headphones outside the Beats brand. The company is also developing a new Apple TV with a faster processor and a new remote. A Find My iPhone-like feature for the remote is also in the works.

Bloomberg claims that Apple will release the stable build of iOS 14 this month.

Another iPad Air? I bought iPad Air 3, 2 weeks ago

Ikr, they wrote “who cares” but in reality those are best selling watches and ipad series is the best selling tablets lol... they have never expised to the real world, always on the phone 24/7 in their home

An iPad mini with edge to edge screen will be interesting, especially if they keep the same body dimensions resulting in a bigger screen size.