Another millimeter thinner, the new iPad Air 2 has a body that's even more befitting the ethereal moniker the iPad bears second year in a row. Outside of that little fact however, the changes may not be as easy to spot. And that's hardly a surprise.

Apple's laser focus on making the ultimate tablet keeps the entire tablet industry moving forward. But in their camp, large strides are usually followed by baby steps and not all products end up as the breakthroughs we would have liked to see. One thing's for sure though, Apple certainly likes to keep us on the edge of our seats when it comes to what their next gen devices would look or feel like. 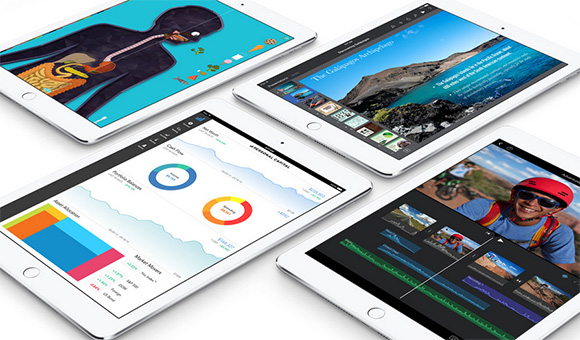 This year, the Air 2 is hardly hitting like an airstrike, but it still does a mighty fine job of keeping up the alpha male image. True, besides the slimmer profile the changes are hard to see. A nice exception is the screen, where the specs may sound the same on paper, but improvements are visible to the naked eye in terms of reflectivity and outdoor legibility.

The iPad Air 2 also has a better camera, an 8 megapixel auto focus unit, for what it's worth on a ten-incher, and as usual, Apple's latest and greatest chipset to make sure things are running faster than ever before.

So that about sums up the noteworthy things the iPad Air 2 brings to the table. But here's the cheat sheet of its key specs anyway and what we didn't quite like at first glance.

Due to being slimmer, the iPad Air 2 has to make do with a smaller capacity battery. We guess, it's no less than an engineering feat, that Apple is able to offer the same battery life as last year's. But it also forces the question, why not keep last year's battery and offer longer battery life instead. Apple has its ways, we guess, some of their decisions are hard to comprehend by us, mortal users.

The Apple iPad Air 2 at HQ

Another change from last year is the intentional crippling of the iPad mini 3. The small and big iPads don't have the same internals anymore so if you are after the best iPad, there's no doubt which one that is. Seems like Apple didn't like the mini eating into the sales of the iPad Air.

If you are after an iPad, getting the latest and the biggest in the lineup is a no-brainer really. But before you fork out the cash, we'd like to invite you to watch the iPad Air 2 handle our obstacle course. Enjoy!