Exit iPhone mini, enter iPhone Plus! Indeed, the rumors came true, and this year Apple launched a bigger non-Pro model instead of a mini one. We can only guess what Apple's plans are about the mini model, but today's review is about Apple's newest addition to the iPhone series - the iPhone 14 Plus.

We thought the iPhone 13 would go down in history as the most insignificant iPhone update ever, but the iPhone 14 snatched that title. See, the iPhone 14 and iPhone 14 Plus are based on the same Apple A15 Bionic chipset as the iPhone 13 models, and even the screen specs have stayed the same - OLEDs with about 460ppi, 800nits brightness and 60Hz refresh.

In fact, there are only four notable upgrades on the iPhone 14 when compared to the iPhone 13 - the new primary rear camera (lifted from iPhone 13 Pro), the updated selfie camera with the new lens and AF, 2GB more RAM, and the Emergency SOS via satellite feature.

The new iPhone 14 Plus adds a couple of extra ones - the larger screen and the larger battery. The Plus model brings a Max-sized screen to the regular series - even if it's only 60Hz. 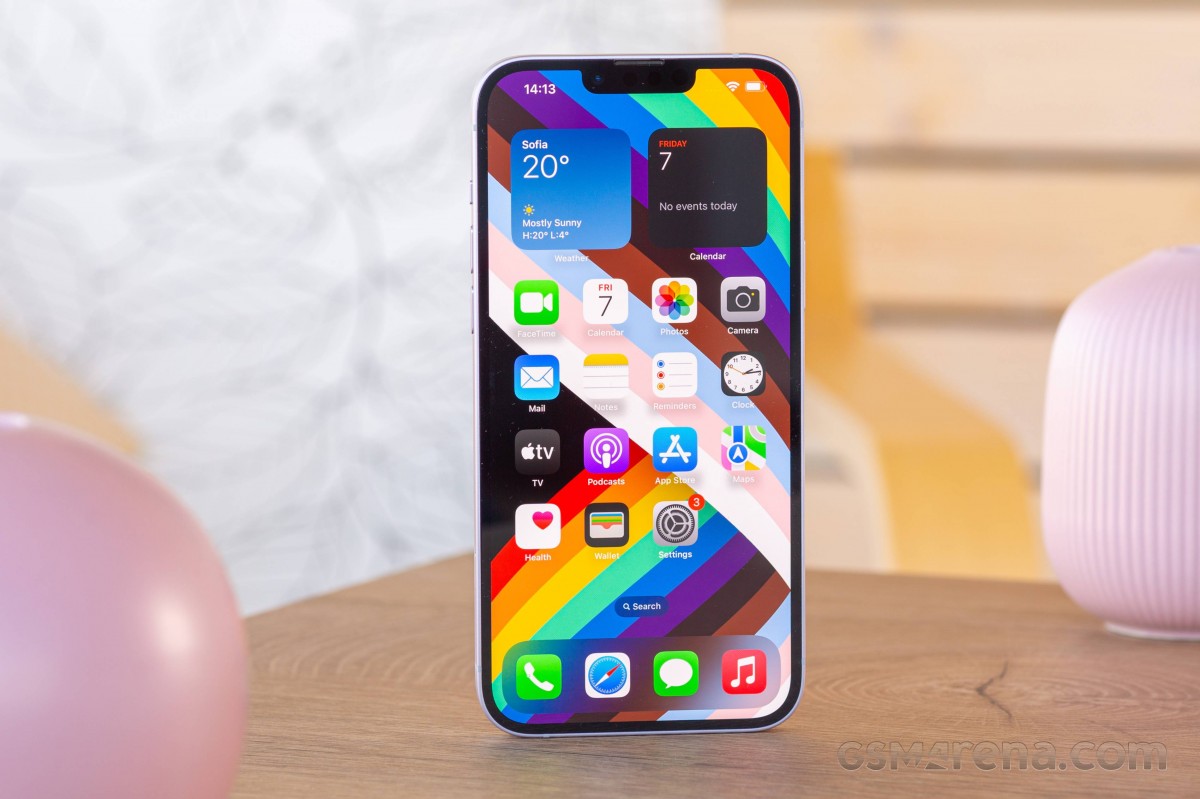 The selfie camera, while retaining its 12MP sensor, has a new brighter aperture lens with optical stabilization, and autofocus. We always wondered why Apple didn't introduce AF capabilities sooner, as the Face ID tech is there to provide a massive assist to that, but alas, it is finally here.

The iPhone 14 Plus is as waterproofed as the rest of the recent iPhones - it can last for 30minbs in up to 6m deep clean water. And it should be a desirable smartphone for its large screen and yet thin and lightweight design. It is also touted as the iPhone with the best battery life, and we will surely test this out.

Apple iPhone 14 Plus specs at a glance:

Just like the iPhone 13 and iPhone 14, the iPhone 14 Plus has one glaring omission - high refresh rate support. And the size of the notch is an eyesore you need to put up for a few more years, apparently. At least, it looks subjectively smaller on this large screen.

We are glad the non-Pro iPhones are getting the new software features like Action Mode for the video camera, the improved Cinematic Mode, and the satellite connection, too.

Unboxing the iPhone 14 Plus

The eco-friendly iPhone box contains a USB-C-to-Lightning cable and the iPhone 14 Plus. There is also a SIM ejection pin, some paperwork, and an Apple sticker. 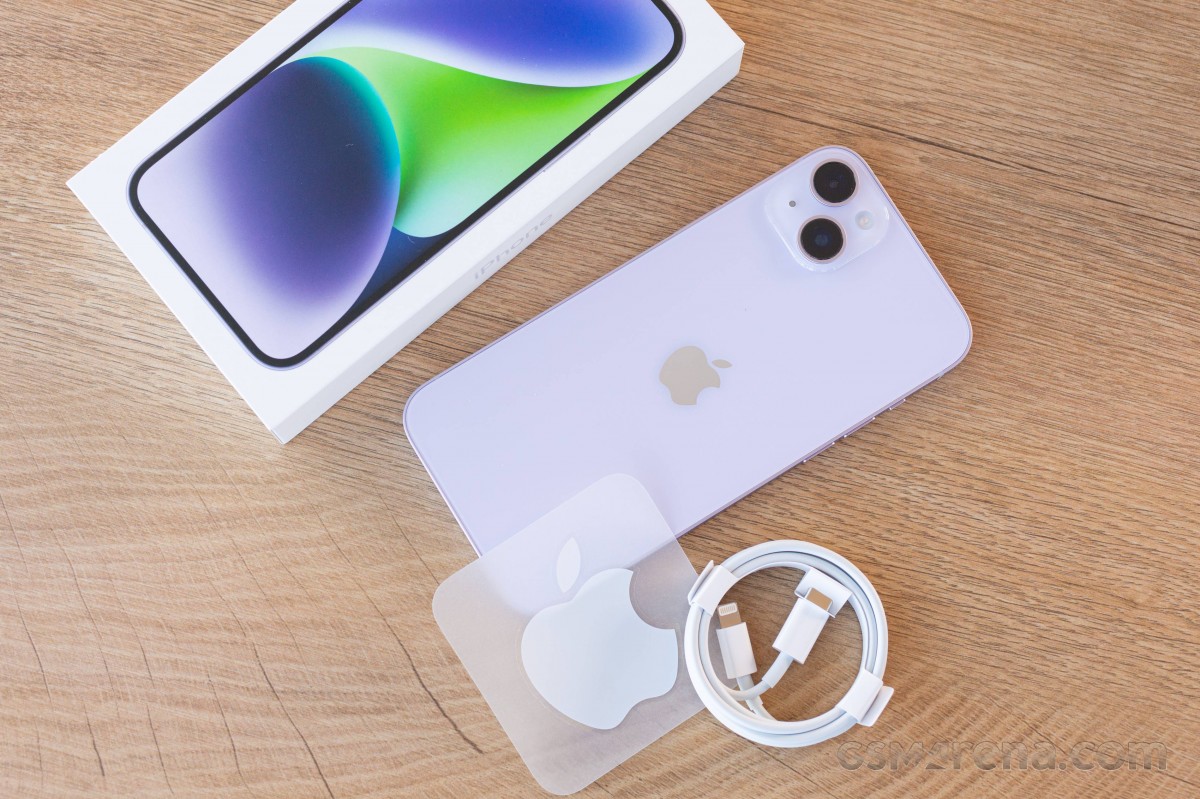 Apple was among the first manufacturers to ditch the headphones and the charger from its boxes.

If you have a 20W+ USB-PD power adapter with a USB-C port, you should be good.

you get a much wider choice of phones if you use andriod system and you can download lots of different software for them,i really dont see the point of switching to an apple phone,i really dont