The color of magic

The Apple iPhone 5 is gone for good, abandoned and replaced by the fresh iPhone 5c. Initial rumors erroneously suggested that the lowercase letter stands for cheap, but it turned out that the Cupertino-based giant had color on its mind instead.

For the first time ever Apple broke pattern and released not one, but two new iPhones this year. The successor we all knew was coming - the iPhone 5s - is joined by the "unapologetically plastic" iPhone 5c, meaning that we no longer get last year's flagship as the second best iPhone on tap. 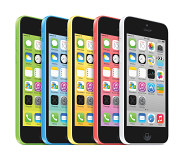 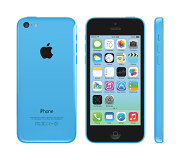 On paper, the Apple iPhone 5c stands as basically an iPhone 5 in a shiny new outfit that comes in a number of bright colors. And, if you think about it, that's the most logical thing to do - the colorful iPod lineup has been getting lots of praise on account of looks so it was about time Apple's smartphones got the same treatment. The iPhone 5c is so keen on showing how young and fresh it is, that the traditional black is not among its five paint jobs (white, blue, yellow, green and pink).

There's a catch though. The Apple 5c comes with a glossy plastic body instead of the sleek-looking aluminum chassis of the iPhone 5. The reasons for the switch will probably never be officially revealed, but it could be anything from supply issues to budget, to simply aiming to deliver a fresh new look to match the redesigned iOS 7.

Finding the truth is hardly the point here, though. What we are more interested in is whether the company that repeatedly bashed competitors about cheap plastic phones over the past few years has created a plastic phone that you can be proud to be seen in public with.

The 7th iOS iteration brought a long overdue UI overhaul to the iPhone lineup, with Apple keen to demonstrate that the innovation well hasn't dried up. Flat, colorful and with a ton of new features, iOS 7 certainly puts the iPhone 5c in a better position in the smartphone race. Apple is also sweetening the pot even further by giving you the complete iWorks office package, the iMovie video editor and the powerful iPhoto app for free - content that otherwise costs more than $40.

Pricing remains the elephant in the room regarding the iPhone 5c, as it slides in just $100/€100 below the iPhone 5s. That's as much as the iPhone 5 would've cost had it not been discontinued and we have yet to see if this is a change for the better or worse. On one hand you are getting a fresh new design instead of one that's been around for almost a year, but on the other, you are losing the premium metal body while still paying the same price.

The high asking price also sends the iPhone 5c right in the way of the current Android and Windows Phone top-dogs, pushing its (now one-year-old) internals to the limit to keep up. It's certainly a curious starting point and we are excited to see how the iPhone 5c race develops. The unboxing and hardware tour is right after the break.

just make a new apple account and use that one but if you cant switch you need to make an backup of your phones data and reset it completely to fabric settings and when you start up you just login with your new account (you can create an apple accoun...