Apple iPhone 5se unboxed in front of a camera

The Apple iPhone 5se has been in our rumors sections for quite some time. Recent reports suggest the iPhone 5se will be going official on March 22, so we'll have to wait just a few weeks before we know everything.

Most of the leaks confirm the iPhone 5se will be a 4" smartphone with TouchID and upgraded 8MP snapper. It should be powered by Apple's latest A9 chipset, the same as the one ticking inside the iPhone 6s generation, but with half the RAM at 1GB.

The iPhone 5se is said to be a special edition of the iPhone 5s, with more powerful hardware and refreshed design. The new looks are now confirmed by this new leaked picture of the retail box, which shows the compact fella with a 2.5D curved protective glass on the screen. 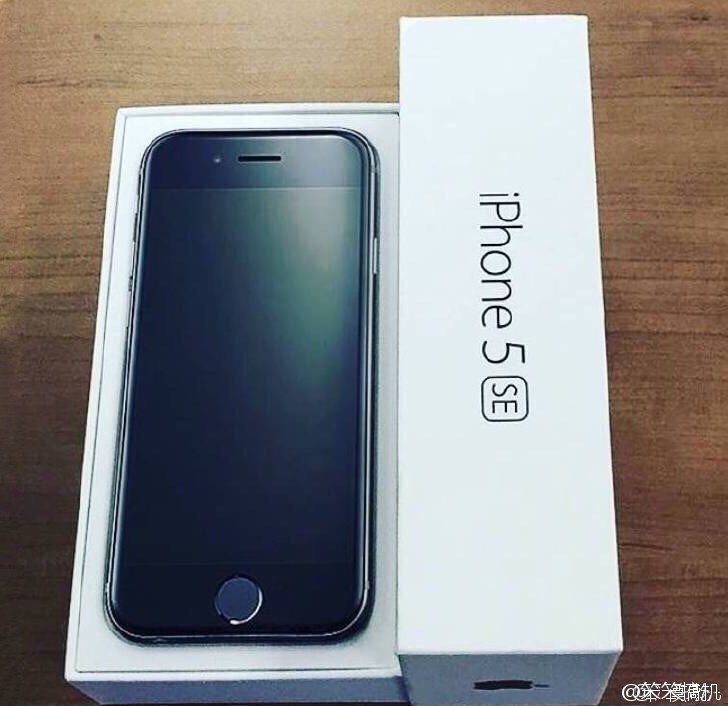 The box, if real, also confirms the phone's name - Apple iPhone 5se, which should stand for Special Edition, or iPhone 5s Enhanced, as some rumors are suggesting.

Anyway, Apple is still mum on its plans, but the event should eventually happen on March 22. A new iPad Pro is also expected to be announced on stage, as well as a new iPad Air 3 with Apple A9X chip (currently available on the original iPad Pro).

Thats not how it looks. Check on apple.com