Apple sets record for most wearables sold in a single quarter

Apple has shipped a record 18 million smartwatches in 2017 and almost half of those came in Q4 - 8 million. Coincidentally, that's also a record for most shipped smart wearables for a single quarter, by any maker.

Out of the total 18 million shipped Apple Watches, close to 9 million were the latest Series 3. According to Canalys data the LTE-powered Apple Watch Series 3 is the fastest-selling LTE wearable on the market, totaling 1.6 million units shipped. 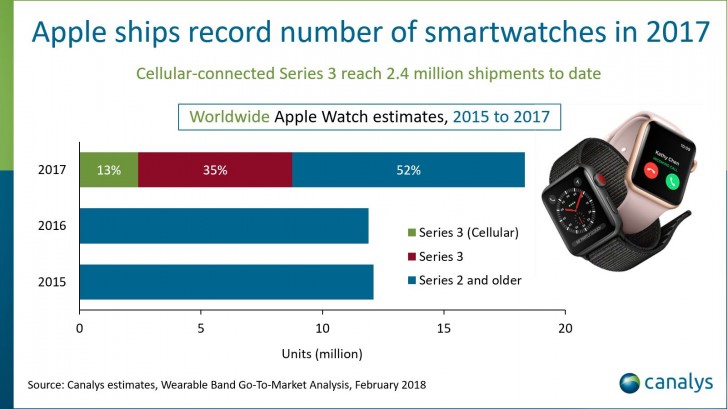 Apple to release iPadOS 16 a month after iOS 16

you eat your own words.. is it us or the fandroid out there? there no cure for being insecure or a hater.....

Very very expensive? :) price difference isn't so big at all between gear s3 and Apple watch. I like s3 but it's too big for me. I hope Samsung will learn from Apple and will make couple sizes to choose from. Gear s2 was great size, but Samsung de...