Apple finally broke its silence about the iPhone 6 Plus bending controversy that took over the tech world over the past couple of days. The Cupertino giant told Re/code that the problem is “extremely rare.” 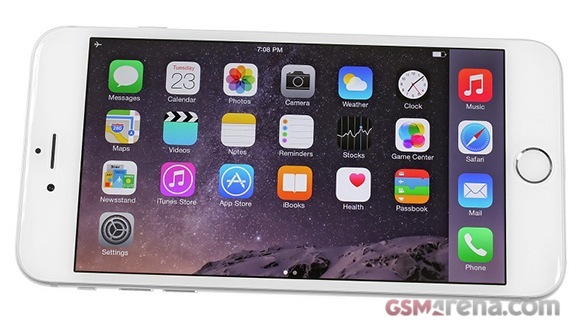 Despite all the noise surrounding the issue, Apple has so far received a total of nine complaints from customers with bent iPhone 6 devices. We reckon that the number doesn’t include the YouTube enthusiasts who bent their devices for the sake of web notoriety.

Furthermore, Apple pointed out that it has designed iPhone 6 and iPhone 6 Plus with preventing accidental deformation in mind. Both handsets feature aluminum that has been treated for extra strength to prevent them from bending under normal circumstances.

In case your iPhone 6 or iPhone 6 Plus bent from normal use, it will need to pass Visual Mechanical Inspection in order to qualify for warranty replacement. We are not familiar with the inspection’s guidelines.

Considering that Apple sold a cool 10 million iPhone 6 and iPhone 6 Plus units during the launch weekend, we must agree that nine bent units is not exactly a large number. However, over the past couple of days, Apple’s competitors poked fun at it on a number of different occasions.

Apple releases watchOS 8.4 with a fix for the charging bug

They didn't solve the yellow hue in xperia z even the z1 has a yellow hue. Please read my older comments like I said these companies work together as one. All of them have there own flaws and they take us for granted and we don't have the power/right...

my friend also has that problem of xperia z yellow hue they change almost 10 phones and still the same. Even my friends note2 and note 3 has the purple hue they didn't solve it. You are making android fans here in shame if ifans see this I have no wo...

leave everything and buy nokia 1520.