Apple further refined iOS 12 by releasing iOS 12 developer beta 4. As its name implies, this is a developer beta release, but barring any major issues, Apple will release Public beta 3 to the public within the next couple of days.

Additional enhancements within iOS 12 come in the form of Grouped Notifications, Screen Time for highlighting and controlling our time spent interacting with our devices. While the core Apple apps Apple Books, Stocks, News and Voice Memos have been improved on both iPhone and iPad. You can read our impressions of iOS 12 here. 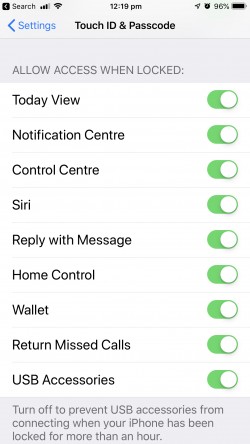 One of the most notable changes is that USB Restricted Mode has been made even more robust in iOS 12 to thwart criminals and authorities.

Introduced initially within the iOS 12 beta and released to the public with iOS 11.4.1, USB Restricted Mode locks down the Lightning port after 1 hour. The Lightning port could still be used for charging, but accessories couldn't function until unlocked.

Now, within iOS 12, they no longer have a 1-hour window. Every time a computer, USB accessory or cracking device is connected you have to enter a passcode or unlock your device.


In addition to the usual bug fixes and tweaks, the following changes have been spotted within iOS developer beta 4:

During the past four years, Apple has started seeding the finalized new iOS version to the public in the third week of September, either on Tuesday or Wednesday. So expect iOS 12 to be released to the public circa Tuesday 18 September 2018.

iOS 12 - our hopes and expectations

But I never lost any data on my phone and no stolen data events. I have almost 5 years using android bro

Just as much as IOs security is? Its kinda trash already. All these security issues apple had, like lock screen code wipe bypass