Apple responds to Spotify's complaints in an acerbic rant 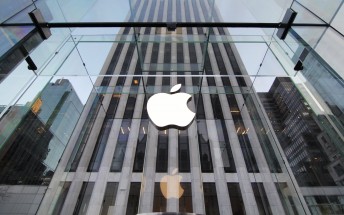 A couple of days ago we reported that Spotify is filing a complaint against Apple with the European Commission for unfair practices. Spotify claimed that Apple made it difficult for companies like Spotify to compete fairly with Apple's own services on the company's platform by putting artificial restrictions and ever-shifting goalposts.

Today Apple fired back with a post on its website claiming to address Spotify's claims. The post, attributed to no one in particular at the company, comes across as a little too aggressive than what we have come to expect from this otherwise mild-mannered corporation. At least not since the famous 'Thoughts on Flash' post by Steve Jobs nine years ago.

In the post, Apple obviously claims Spotify's claims are unfounded and addresses some but not all of the issues Spotify raised in its own blog post. Apple's argument is that Spotify wants to reap the benefits of using Apple's platform to its advantage but without paying anything for it.

For this, Apple chooses a few points to address. It claims it reached out to Spotify regarding Siri and AirPlay 2 support, that Spotify is "deeply integrated" into platforms like CarPlay and that it did, in fact, approve Spotify's Apple Watch app, unlike what Spotify claimed.

Apple later pointed out that Spotify forgot to mention that the 30% Apple tax is for the first year of subscriptions and after that it drops to 15%. Also, a majority of Spotify users on iOS are on their free plan or come through partnerships with mobile carriers, so only a small fraction of Spotify's subscriptions fall under Apple's revenue-sharing model.

Apple then started talking about how Spotify is using their platform, using their development tools and their payment system while still wanting to keep 100% of the revenue.

After that, Apple decided to go straight for the jugular, claiming Spotify wouldn't be the company it is today without Apple's App Store. Even worse, Apple also talked about how Spotify is also squeezing artists and songwriters and is suing them to avoid paying additional royalty payments. This was by far the most left field comment in the whole post as it did not pertain to the issue at hand and just felt like Apple lashing out.

However, Apple did not respond to all claims that Spotify made in its complaint. Spotify's major complaint was Apple not maintaining a level field when it comes to developers who offer a competing service to one of their own. Developers have to pay 30% of their revenue to Apple if their use Apple's payment system, which cuts into their profits and causes them to increase prices, while Apple's own service obviously don't have to and can then undercut its rivals.

Also, while the fee does drop from 30% to 15%, it is on a per user basis and if the user discontinues and restarts their subscription for any reason, the clock resets on the fee.

Second, while Apple claims it offers its platform, its tools and its payment system to developers, on iOS the developers have little choice but to use them. When Epic Games did not want to give a share of its revenue to Google, they simply launched their own store on Android but you can't do that on iOS, so developers have no alternative but to rely on and use Apple's tools, which obviously come at a price.

Third, Apple never addressed how it makes it impossible for developers to even mention any other form of payment within their app if they don't use Apple's own. If you provide a link or even just inform your customers through your app to go to a website and subscribe from there, Apple will not approve your app until you remove the offending language. This is an issue faced by all developers, and not just Spotify.

Apple also mentioned in its post how majority of the apps on the store are free, including Spotify itself, and as such they don't pay Apple anything for the downloads if the users don't use any IAPs. Except, they do as every developer has to pay Apple a yearly fee for having the developer account and make apps for Apple's platforms. So even if your app is free, you are still paying Apple to use its platform and tools, which Apple conveniently forgot to mention.

All in all, Apple's rebuttal was rather weak and the jabs that it made that weren't relevant to the topic only made it sound like an angry employee venting off on the keyboard. We are still waiting on European Commission's decision regarding Spotify's complaint to see where this goes. We might hear from Spotify again before that but hopefully they don't bother as their original argument was strong enough to upset the Applecart.

If your credit card provider can charge a transaction fee of the seller for their payment processing service, so can Apple. If anyone thinks that's going to be overturned anytime soon, they're dreaming. An online store has a choice about which paym...

Everyone is ready to see apple smashed again by "european" commission with millions or billions in fines plus legal expenses? Hope so.

just remove the app from the store for apple. make a good web/cloud based system to be used instead , and then everything is outside of apples control.