Apple just announced a long-awaited hardware refresh of the Mac mini. The mini desktop computer was overdue for an update as the last one was four years ago. So it's only natural to make the new one considerably faster and more refined. But does it deserve your hard-earned money? 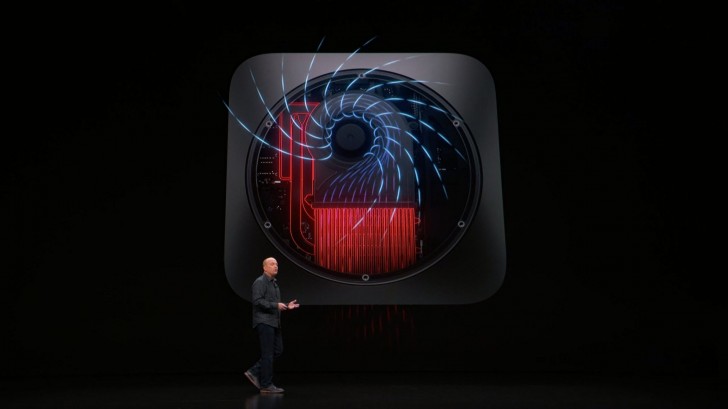 The new Mac mini comes in a familiar enclosure with improved cooling to support the considerably more powerful hardware. It's also made of 100% recyclable aluminum and comes in a new cool Space Gray finish.

Configurations start from Intel's 8th Generation quad-core Core i3 processors and go up to six-core Core i7 chips running at 3.2 GHz/4.6 GHz. 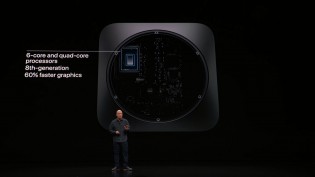 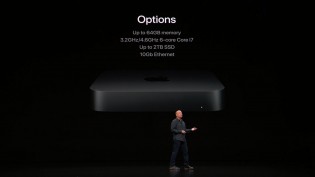 Apple was fast to assure that these are not mobile processors although, the presenter didn't specify models. The graphics performance has also been boosted and the new Mac mini is 60% more powerful when it comes to graphically-intensive tasks than its predecessor. Then again, that's comparing it to a four-year-old computer. 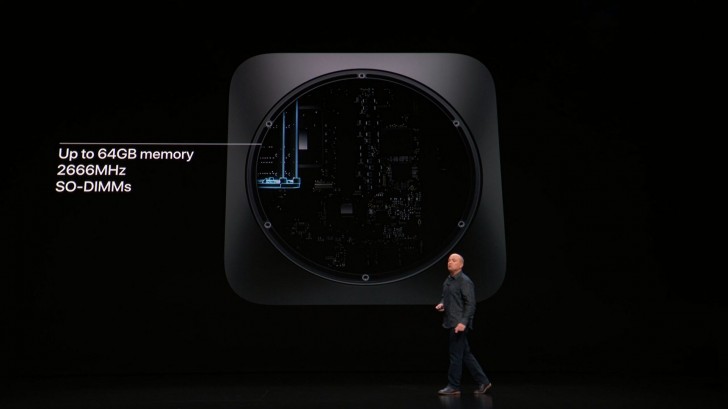 Aside from the CPU, the mini comes with up to 64GB of memory provided by 2,666 MHz SO-DIMM sticks. So easy upgradability is at hand. And as for the storage, it starts at 128GB and makes its way up to 2TB and the only available options are SSDs.

All of the new changes make up for 5x better performance than its predecessor.

Quite surprisingly, unlike its laptops, Apple is actually paying attention to the connectivity of the new Mac mini. On the back, we have a 10Gbps-capable Ethernet port, full-sized HDMI 2.0, 2x USB-A (we hope they are 3.0) and 4x Thunderbolt 3 connectors. The 3.5mm audio jack is there as well. 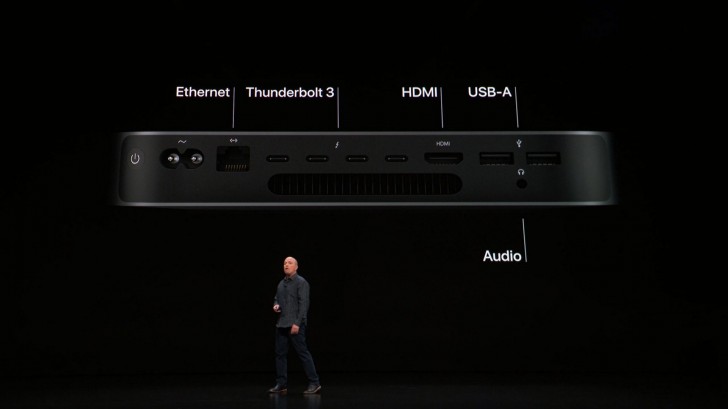 Other notable features include Apple's own T2 security chip on board and can even be paired with your MacBook so the Mac mini can offload some of the rendering your notebook is doing. 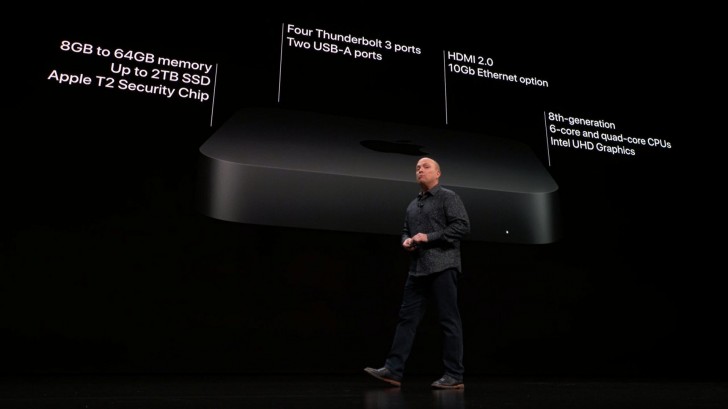 The new Mac mini will be made available on November 7 with pre-orders starting tomorrow, October 31. Along with the new paint job, which is Space Grey, the Mac mini also has a new price tag.

The base model with Core i3 processor, 8GB of RAM and 128GB of flash storage asks $799, which is a considerable price hike over the $499 sticker on the previous generation. A fully tricked out version can go as high as $4,199. 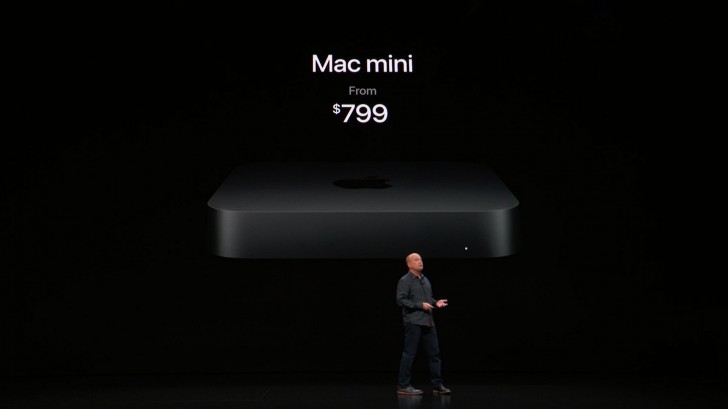 Apple to fix the front camera of the iPhone XS duo with iOS 12.1

No i was speaking about apple not windows. What well working windows has to do with that bloatware from apple???

It's nice to have that option to be able to run Windows, and the lower power consumption is a plus. The price in our local region is quite good - starting at $1,249 (Australian dollars). That's much better than I was expecting. I'd probably be...

A laptop would mean paying for tech that would never get to be used, such as the screen, keyboard, trackpad, speakers, the portability of the device. This is because some use 27" screens, while most of them need 32" screens for their work. Anyth...