The Apple Watch Black Unity Braided Solo Loop is designed by members and allies of the Black creative community at Apple. Apple says it's created by weaving together 16,000 recycled yarn and silicone threads using precision-braiding machinery. The Solo Loop also has a laser-etched Black Unity message on the lugs and colors from the Pan-African flag woven into the strap, which appear like speckled light across the black band. 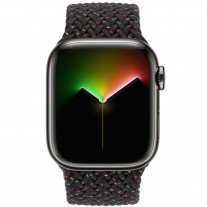 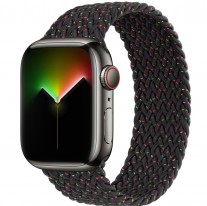 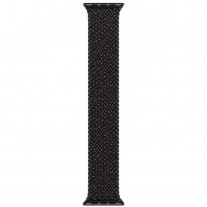 Apple says the strap's design "symbolises a communal belief in the necessity for a more equitable world," and to complement it, the tech giant also announced the Unity Lights watch face, designed using 2D ray tracing. 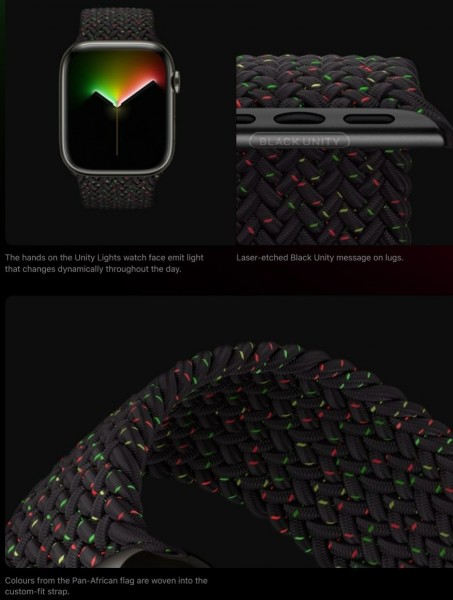 The Unity Lights watch face can be customized to be a full screen or circular dial and includes a black and white option, tick marks, a monogram, and up to four complications. 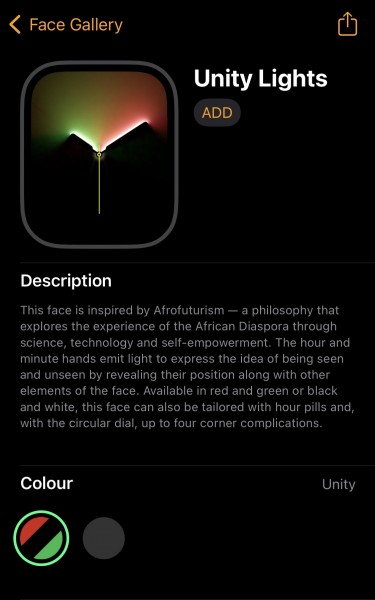 Additionally, Apple released Afrofuturism-inspired wallpapers for Mac, iPad, and iPhone users so they can show their support for Black History Month. You can download them from here.

Circling back to the Black Unity Braided Loop, it's priced at $99, and you can buy one in 41mm or 45mm case size from Apple's official website.

I loved the design. Loved it. And I am guessing that the money from this will be given to Black Unity Charity or something, right?

How about investing in a black community instead. Provide jobs, opportunities and a future. Nah, just buy this band and we're cool.