The first renders showing the upcoming iPhone XS and its bigger sibling (possibly to be called iPhone XS Plus) weren't it in terms of Apple-related leaks for the day.

We've also got an official looking render of the Apple Watch Series 4. At first sight it's got a familiar look, and it's even expected to have the exact same length and width as its predecessor. 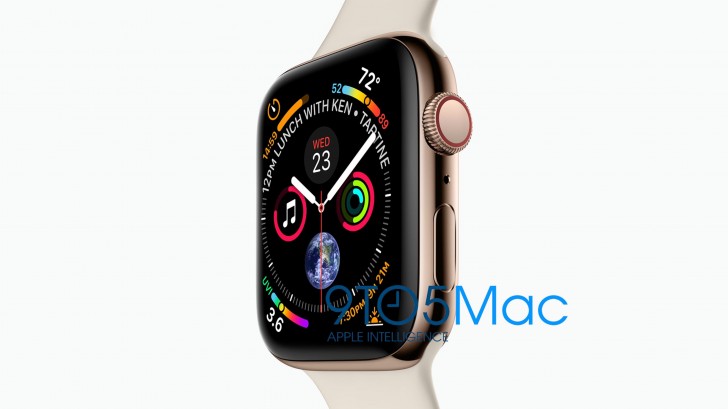 The difference, however, is in the screen. Specifically, the fact that the Series 4 will employ a bigger display in the same chassis, by trimming the bezels. Past rumors said the new panel would be around 15% bigger.

The smartwatch will come with a brand new watch face, also seen in this image. It shows much more information than any of the current faces, with a total of eight complications around the time and within the clock hands.

In between the side button and the Digital Crown is a new hole, likely intended to host an additional microphone. The Digital Crown and side button seem to be slightly modified compared to the Series 3. We've already heard that current watch bands will be compatible with the new Apple Watch models launching on September 12 at Apple's big event.

Man yes they are useless. Charging things every severall hours like we have nothing to do. Each year we have improvements in CPU GPU camera OS and many else. But there hasnt been major nor even minor improvements in battery, Useless techno...

The pixel watch is cancelled, due to fans always wanting google to make things only to not buy when google already made it. For non-apple users the Garmin watches are the only ones worth looking at at, and they will work with iPhones and iPads too...