Apple's recent short movie "The Bucket" is said to be shot entirely on the iPhone XS but a closer inspection makes us rather suspicious if that's really the case. The end credits state that additional hardware and software was used, but some of the footage is so far from what a smartphone can do that either the accessorizing is taking to an extent where the actual camera used doesn't matter at all or there's more to it. First and foremost, we'd like to point out that we are not bashing the iPhone XS camera, which is very competent for a smartphone. However, we have an issue with the "shot on iPhone" slogan and specifically what it purports. The message seems to suggest that if you are good enough and you get the iPhone XS you can create such gorgeous shots yourself. Which is entirely false and we don't really need to dig too deep into the footage to make our point.

The thing that seems to stand out the most is the impressive bokeh and depth of field effect in a bunch of shots. This definitely gives it a polished an cinematic look, but shots like the portrait close-up is way too good considering what is currently achievable via Apple's portrait mode. And that's only available for stills - doing it for videos is just too computationally taxing for current smartphones. 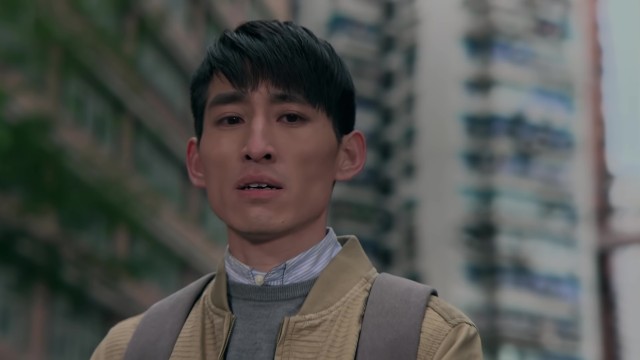 A screenshot from the movie

The bokeh is way too convincing to be the product of software alone. Furthermore, if we do assume some algorithm is at play here, the edge detection it is achieving on the subject is just flawless. Plus, the blur strength matches the distance from the focal plane just too perfectly. That would mean that actual optics with shallow depth of field were used rather than any form of software sorcery.

This actually leads us to our main theory as to how that footage was captured - using an iPhone XS and an adapter, plus professional lens rig like the one you see below. 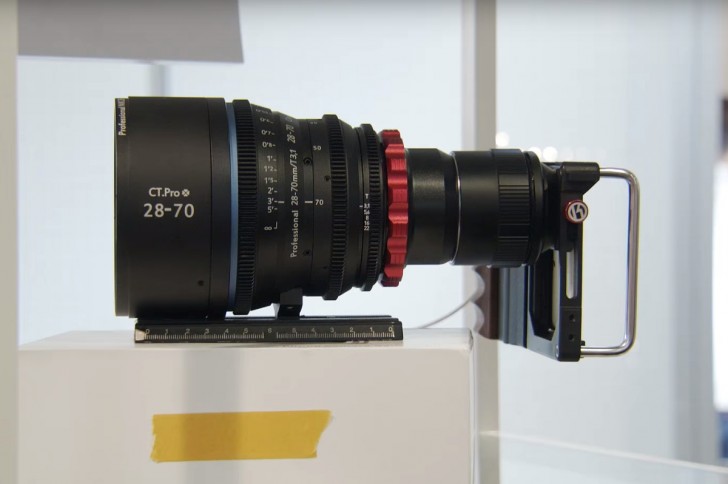 The idea here is very similar to those popular phone lens kits that you clip onto your phone camera. The difference being that in this use case professional full-frame or even cinema lenses get tacked on to of the phone's camera.

This model, in particular, is made by a company called Cinematics International and offers support for most Canon, Nikon and Sony lenses. Of course, other such products exist as well and we have no reason to doubt that Apple potentially created one of its own. 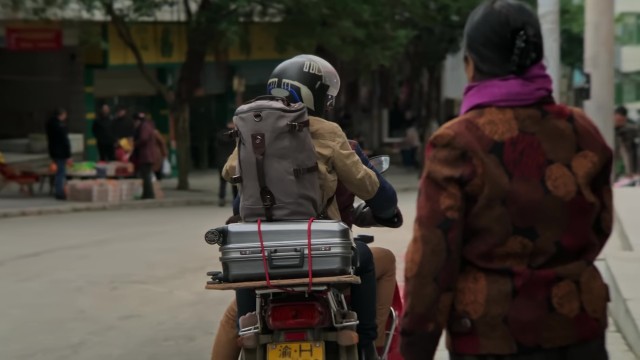 There is another giveaway and it has to do with corner softness. In certain shots, like the one below you can easily spot that sharpness decreases in the edges of the frame compared to the center. 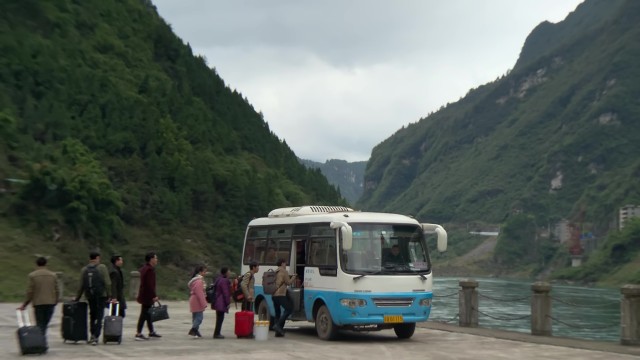 This softness is actually a byproduct of stacking lenses on top of one another. If you have ever seen footage captured with one of those add-on lens kits we mentioned earlier, you might spot very similar defects. It could be a slight misalignment in the camera lens and the one sitting in front of it. Even something seemingly insignificant as the air left between the phone and the add-on hardware can cause corner softness. 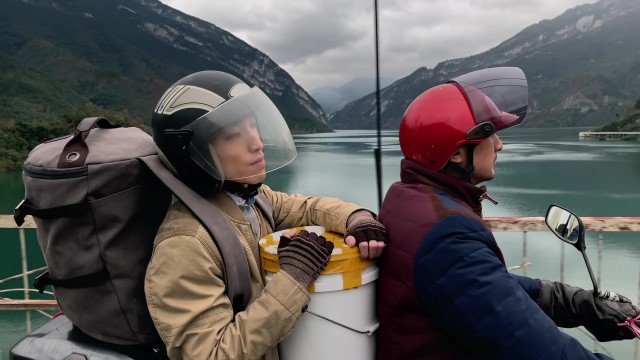 As a final piece of evidence, we have certain shots, like the bridge one, where we can clearly see a total lack of said optical issues and a crisp shot edge to edge. These more universally sharp shots also tend to have slightly different colors, hinting that these parts are simply shot on the iPhone XS without any additional lenses, or at least with a much less extreme add-on setup. That's why the look is that much more familiar, even if less cinematic.

Now, just to be fair, we are not entirely ruling out some extremely advanced post processing, but that's not going to make that much difference - that too isn't available to the general public. And to be honest is seems quite implausible with current tech. Makers still can't get portrait mode perfect for stills, let alone video.

This is not the first time Apple or a number of other phone manufacturers, for that matter, have pulled such stunts. Nor have they ever been particularly secretive about aiding their products with additional hardware in the process.

What we wanted to do is try and bring attention to what we see as a less than honest sales tactic. Again, one that Apple certainly isn't the only company to employ.

We would love to hear your thoughts on the matter in the comments.

Dont dismiss the Xs bokeh so easily, i shot some 4K 60fps videos at sea last week and all i can say is awesome. Its not a software background blur but real bokeh. Using extra lenses in this video or not, Xs has the best real life video performance...

Let me pose the question the other way round: If videos like this had no expected effect on the sales, do you think aPple (or any other company) would waste money on them?