Taiwanese smartphone manufacturer Asus has started sending out press invites for its upcoming 'Zennovation' event. The event is scheduled for January 4, 2017, which would be the day 2 of next year's Consumer Electronics Show (CES) in Las Vegas.

While the invite doesn't reveal anything about the star of the event, it does contain a mention of Qualcomm Snapdragon, suggesting that a snapdragon-powered device will likely be made official that day - reports say the device will be powered by Snapdragon 835.

Meanwhile, the company has also announced the event on its official website (see screenshot below). 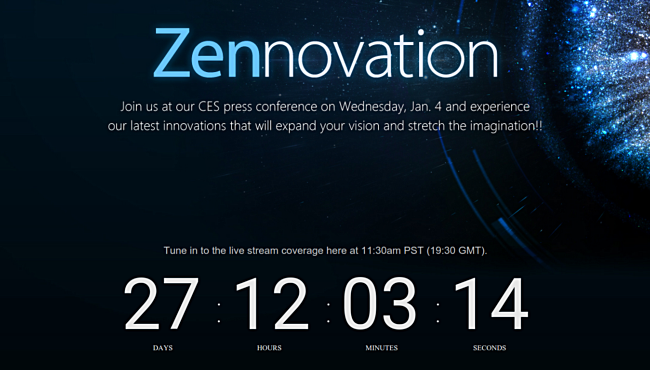 Asus Zenfone 3 Max is now available for purchase in US

I started to hate Asus Zenfone! they always announce beautiful, powerful phone, but they deliver only after 1 year. for instance Zenfone 3 deluxe with snapdragon820 and 6gb ram isn't even available at large everywhere and they already plan to announc...

Snapdragon 835 device in January? That's much earlier than most expected, most other flagships were supposed to launch in March on MWC... I still think SD820/1 is much more likely.

Oh wow I cant wait for that, I am sooo excited