The Asus X00GD has received WiFi certification from the WiFi Alliance (WFA). The device was previously spotted on the website of Chinese telecommunication authority TENAA in December last year. 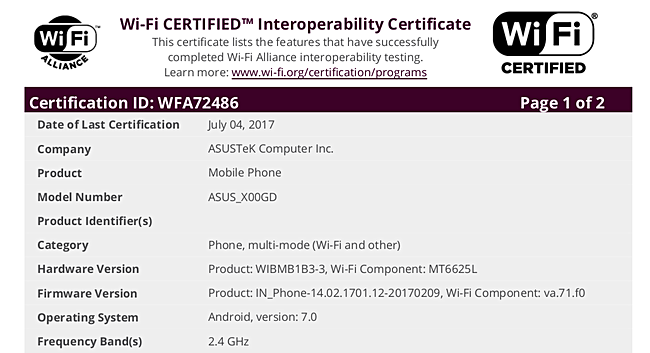 The WiFi listing for the phone reveals Android 7.0 Nougat OS, something which we already knew, thanks to TENAA.

WFA listings typically come pretty close to a device's market launch so we should be hearing more from Asus soon.