Asus has launched its ZenFone 2 smartphone - which was released in its home country of Taiwan back in March this year - in Malaysia, making available all four variants of the device in the country. 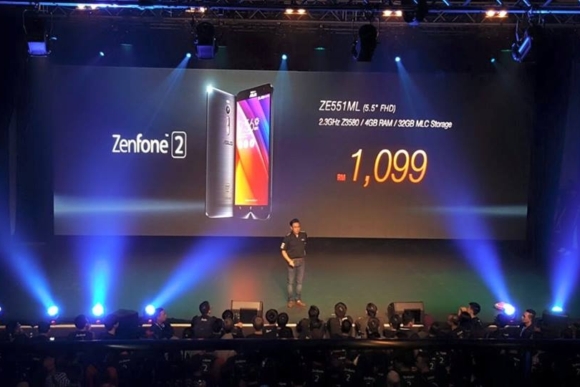 The second variant also carries the same model number as the top variant, but features an Intel Atom SoC with a slower 1.8GHz processor and comes with only 2GB of RAM.

The third variant carries a model number of ZE550ML. It is also powered by an Intel Atom chipset with 1.8GHz processor, but sports a 5.5-inch display with 720p resolution. The device comes with 2GB of RAM and 16GB of internal storage.

Finally, the fourth variant, carrying model number ZE500CL, is powered by an Intel Atom SoC with 1.6GHz processor, and sports a 5-inch 720p display. It comes with 2GB of RAM and only 8GB of internal storage.

Every reseller in Malaysia is selling above list price. The most logical model ZE551ML with 4G RAM and 32G ROM is in shortage.

Unfortunately, just about every vendor in Malaysia are selling above list price as above. Moreover, the model that makes the most sense, the 4G RAM plus 32G ROM one, is in great shortage. Really sounds like Asus's strategy to stir things up.

when this phone will come to kuching ,Sarawak