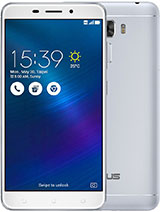 NOT RECOMMENDED! Although a decent phone, there are a lot of bugs with the software, and thus the phone lags A LOT. Furthermore apps often crash suddenly, especially games, and its overall performance is mediocre, that includes the home, back, and history button, and the fingerprint sensor.
PS: There are much more phones that are better out there, at the same price!

Laima, 16 Jan 2018I must agree with you. For the first 5-6 months everything ... moreI have noticed this slow buggy performance with the camera too :-/

Worst phone i ever used. Totally disappointed after a year. Log manager keeps on running everyday. The autofocus became nonsense after the update. Too many bugs and lags more often after a year of using it.

MACKY, 11 Dec 2017how much the price if i buy in the philippines? is batt lo... morethis fone is great. 12k last time i buyed it. about 2016. its been 2 years when i bougth it. had troubled for few months after. but when the update comes smooth operation. no problem ever since

AnonD-718731, 27 Nov 2017really..? i just want to buy, but when am reading all this ... moreI must agree with you. For the first 5-6 months everything more less went smoothly. But after updating Android 6 to 7 (and other updates as well) I have a crap instead of phone now. I have the same problem with camera - slow and buggy and it often turns off saying ''no response''. Same issue with other programs and apps. And I am not even talking about Snapchat, maps and other 'more requiring' apps. This phone lags with most of the apps. It highly disappointed me. Don't buy it. I think you can find way more better phones with similar value.

why mine charging was so long?? it takes 3 hours to made it 100%
is it really this long or it is an error?? someone who used this please answer me,,i'll be really appreciate it, thankss!!

Camera wise, it is good for daylight shooting. Video is the worst even with EIS stabilizer. You can only record without panning your camera. Panning will blur the whole recording process making it better not to record any video at the end.

I've been using this 4GB RAM version for 1 year. Everything smooth and able to play AOV or Mobile Legends at ease. Only thing laggy is when typing for Whatsapp or any chat app due to low CPU.

Occasionally I got trouble with the keyboard suggestion which is broken as I use trace typing which I swipe over the keyboard instead of typing for faster response on messages.

how much the price if i buy in the philippines?
is batt long last?
how about the cam??

please help me to decide i will buy or go to other phone?

I WANTED to love this phone. It's a beautiful handset with an attractive price point, but there were a few factors that led me to upgrade to my current Huawei P10.

The first thing is that when upgraded to the most recent version of Android, this phone was unable to complete even the smallest of requests. Even something as simple as opening the browser resulted in several seconds of lag. The screen would freeze, and I often had to restart the phone just to get things running somewhat smoothly again.

The camera is another issue. Although it produced nice pictures when it worked, it was so slow and buggy I dreaded using it.

My main opinion on this phone is that the RAM and processor are simply not sophisticated enough to do even the tiniest of tasks. Asus makes some fantastic devices, but you'd be better off purchasing a Zenfone 3 or 4 than this.

Surfer99, 17 Nov 2017Very, very slow sometimes. Frequent bugs and errors. The ca... moreAsus just release a new firmware update the other day. It seems good so far so try that.

Very, very slow sometimes. Frequent bugs and errors. The camera takes too much time to start... I think it could be much better for the characteristics is has... The choose of snapdragon 430 was very bad...

uvy , 29 Sep 2017The processor is a little slow when u go on apps like snapc... moreIt's only has A-53, the weak cores, and snap chat is not optimized for andrio d systems.

i have an issue after upgrade to nougat 7.1.1 everytime i check promo or saldo to the provider, the information is not full, there's missing information..everything was fine when it was still v 6

The processor is a little slow when u go on apps like snapchat other than that everything is pretty good.